Comment: Film business should kick off 2021 by knuckling down to reality 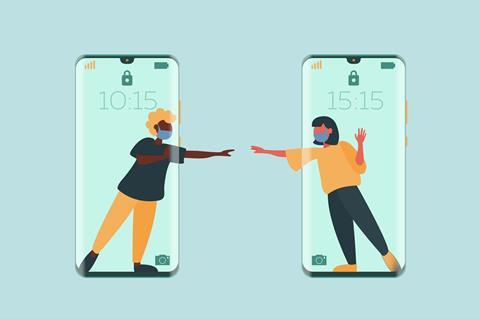 Welcome to January 2021, where it’s not so much a case of striding out into the chaos as planting our feet in the ground, acknowledging where we are — and holding strong. For the film business, territory has been lost. Think of it as a Roman Testudo formation, shuffling slowly towards a vaccine and the resumption of business as usual. The goal has to be to keep the formation and hold the shields tight.

Every sector rallied last year to the best of its ability in a constantly twisting scenario. Some have fared better than others, but this is a long, bruising fight and the idea the world is waiting for a vaccine in order to stay at home and watch streaming services is no more realistic than illusions the bloated exhibition sector will snap back immediately.

The way productions have risen to the challenge of filming in these conditions only proves what a resilient business this is — government assistance has been fast in several territories and insurance has undergone mighty shifts. However, it has been well over a year since reports first circulated of a sickness in a Wuhan wet market. And it’s going to be with us for a long while yet.

It was a bitter 12 months for film buffs wedded to the big-screen experience and those whose business it is to deliver it. Festivals, like the studio tent­poles, are at the forefront of this sector. One provides the big bucks; the other the shop window to the arthouse and awards. Festivals have reacted with varying degrees of pragmatism to a developing situation, from the documentary sector, which immediately shifted online, to SXSW and Tribeca, which adapted in real time as the first festivals of the Covid-hit calendar.

These events in particular are facing their second iteration under such conditions. Sundance made the call to go online a long time ago, with room built in for potential exhibition. It was the right one, judging from the line-up — solid, a little muted, but promising. SXSW has followed suit. Rotterdam also played a sensible hand with a mix of online now, public later. It’s not what anyone wanted but we’re in that Testudo formation, after all.

Smaller and mid-sized festivals knuckled down to reality. The holdouts have been the big three European festivals — Cannes, Venice and Berlin have stated categorically they will not go online. Berlin tried to brave it out but is facing the enemy’s full fury now with an online market and no finalised plans for its festival, shifted to March.

As the US studios have started to release valuable big-ticket product online, we all know where we stand. Filmmakers calculate the risks and agree to online, knowing what it means, or sit it out for theatrical, whenever that might happen. Cancel or compromise: what will it be? Last year’s squabbles over premiere status were undignified. Streaming isn’t the end of the world, especially now. We’re in the formation, remember? Together. There’s no need to take sides.

Government debt, pandemic bailouts, homelessness and food banks are going to be a feature of life this year as the western world mortgages its future in present-day debt. The state and city cultural and tourism subsidies that the festival world relies on will be under pressure. In every film, there’s a point where the protagonist realises she’s in — to paraphrase Tom Cruise’s pre-Christmas outburst — deep shit. She sets her jaw, rolls up her shirt sleeves, and finds a way out even if it means sacrificing the things she cherishes, like 35mm projection in Dolby Atmos.

The business has come a long way in the last year, even if the headlines have been dismal. We will all upgrade to the big screen again later, of that you can be sure. In the meantime, hold tight.