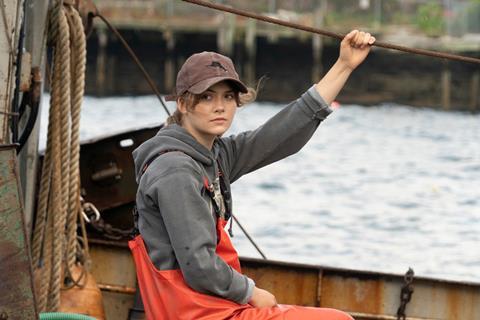 The reviews are in: when you strip out the could-have, should-have, would-have, and focus on what actually took place, Sundance Online was a huge success.

It’s dizzying to contemplate where festivals were a year ago, where they are now, and, most importantly, how the sector moves forward in a post-virus world. Undoubtedly, Sundance Online will change the conversation, even though it’s not yet clear how the festival has coped with the financials of tickets sales and sponsorship and where that leaves the non-profit for 2022. Artistically, though, Sundance delivered a professional event that set an industry gold standard in terms of relevance, quality and delivery. Deals were plentiful, so the business was happy too.

Conventional wisdom is that digital is sub-optimal, nothing can beat the big-screen experience, and Venice magicked a rabbit out of the hat in September, which can only be repeated if Cannes somehow channels that very same mystical vector out of vaccines, the weather and social distancing. But there was nothing to disappoint in the way Sundance, under new artistic director Tabitha Jackson, went about its business, doing its utmost to replicate a festival experience online. It was different, certainly, but vibrant and full of the Park City spirit with a feeling of wider – in a way more democratic – access.

To praise an online festival is not to lessen the big-screen experience, or even suggest the festival should repeat itself going forward. But it’s worth looking at what Sundance pulled off and how the successful elements might be incorporated going forward. The tourism and hospitality sectors that surround film festivals will never benefit from an online presence, but, in an unexpected way, some of the films do – particularly the smaller indie features that play at Sundance but sometimes struggle in a theatrical environment, particularly internationally.

Sundance Online was delivered through a seamless Shift72 as the player but with the interface entirely designed by the festival to replicate the festival experience. The films themselves – all closed-captioned and narrowed down to 70 features – were bookended by filmmaker introductions and lively, warm Q&As that helped to set the work in focus. No queues in the snow, obviously, or trying to listen in from the back-end of an auditorium in Park City as half the audience leaves noisily.

These screenings were available to ticket and passholders throughout the US, where $350 bought audiences an entire festival pass. However ‘seats’ were limited and had to be booked in advance, premieres were set, and viewers began their film within three hours of that premiere’s start and with four hours in which to finish it. A ‘second screening’ came online 24 hours later, while awards winners played again on the last day.

Media and industry passes ranged in their offer, but all of the festival was easily accessible and fluid with international rights cleared. The presentations by the filmmakers well-managed and slick in a very ‘Sundance’ way – which is to say professional but not glitzy.

As for the business, the deals showed much the same level of activity as every other year (even a record breaker in Apple’s reported $25m purchase of CODA), buoyed by the streamers that have become so dominant in this Covid-19 landscape. It’s not often recognised internationally how much Sundance sets the conversation for the year to come, provoking debate, breaking new talent, going the distance across the awards calendar and shifting the cultural paradigm.

That the team pulled it off this year is testament to determination, professionalism and being realistic about what can be achieved. As a result, the discussion the festival provokes going forward won’t be limited to the films that were shown.