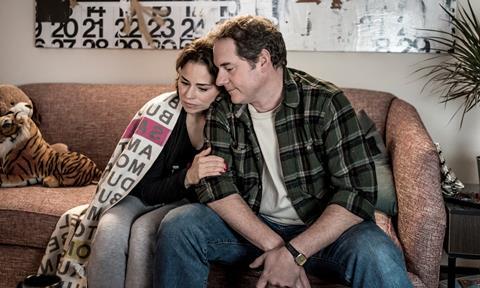 Screen has an exclusive look at the first trailer for Michael Rowe’s Early Winter, which stars Paul Doucet and Suzanne Clément as a couple in the throes of marital disharmony.

The film, an Australian-Canadian co-production, is set to premiere in the Venice Days strand at Venice Film Festival (Sept 2-12).

Screen’s review of the film called it “an intimate feature bound to do the rounds of the festival circuit”.