The female cast and crew of the forthcoming feature pose with the ancestors of Emmeline Pankhurst. 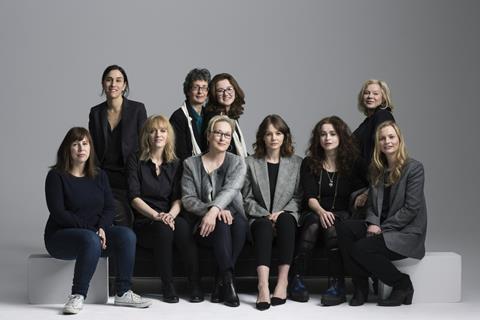 The women behind upcoming period drama Suffragette have posed for a portrait in support of this year’s International Women’s Day (March 8).

Pathé released the photo, which was taken by Brigitte Lacombe.

The film centres on the foot soldiers of the early feminist movement, who turned to violence in the fight for equality after the failure of peaceful protest.

Mulligan plays lead character Maud, a character who becomes radicalized and turns to violence as a route to change.

“Every daughter should know this story, every son write it on his own heart,” said Streep, who plays a small but crucial role in the film.

Suffragette director Gavron said: “International Women’s Day celebrates the achievements of women throughout the world and I am overjoyed that my film can be part of that celebration.”

On International Women’s Day, filmmakers will be joining Helen and Laura Pankhurst for the CARE International “Walk In Her Shoes” event, a public walk to show solidarity with women and girls worldwide who still endure inequality and injustice.

The public are invited to join the walk at The Scoop outside London’s City Hall at 10am on March 8.