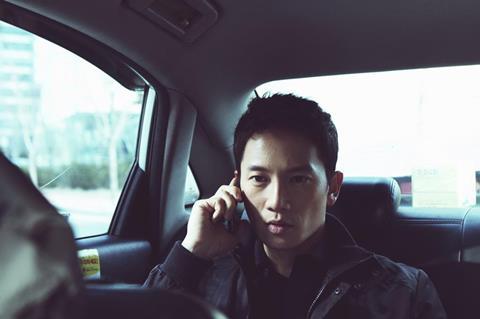 Revenge may serve as a running narrative trait in many South Korean noir films, Confession instead focuses on the bond and the sometimes precarious nature of friendship in an impressively helmed feature debut that surprisingly failed to attract large numbers of viewers locally, but given the right push following its international premiere at the Toronto International Film Festival where it screened in the City to City programme, the film should have a promising future overseas.

The film’s three leads may lack the star power needed to give the film the necessary exposure on the domestic front, but they all mould into their respective roles with a significant amount of aptitude.

Generating just $3.15m on 371 screens in July, it wasn’t the only noir film to perform poorly in the domestic box office this year following the failures of No Tears for the Dead and A Man On High Heels in June, but international buyers and programmers looking for an especially solid film from this genre are likely to take note of this feature given its stylistic strengths and well-scripted characters.

The film follows three best friends who have remained close since their childhood. Hyun-tae (Ji Sung) is now a firefighter and married to a mute wife, and has a young daughter. In-chul (Ju Ji-hoon) works as an insurance agent who often gets involved in scams while Min-soo (Lee Kwang-soo) runs a small business.  One day, Hyun-tae’s mother who runs an illegal gambling arcade asks In-chul to rob her in order to receive an insurance settlement, but it all goes horribly wrong leaving their friendship in the balance.

The story itself may have not captured the attention of local viewers, but the film’s stupendous execution and the compelling characters successfully drive the film forward. Interestingly, however, while the film features undesirable figures, it’s the circumstances in which the poor decisions that were made and the subsequent consequences that follow that act as the film’s antagonist.

Visually the film is outstanding, which is in part to director Lee Do-yun and the film’s cinematographer Yu Eok’s (credits include New World and Oldboy) intelligent use of the camera placing it in areas that capture the film’s interesting tone that is bleak and yet highly stylised – much in the same way as Kim Jee-woon’s A Bittersweet Life. Equally applicable is the choice of locations that have been expertly chosen to give the film a stylistic flare.

The film’s three leads may lack the star power needed to give the film the necessary exposure on the domestic front, but they all mould into their respective roles with a significant amount of aptitude. Worthy of particular mention is Ju Ji-hoon (Marriage Blue) who skillfully plays a character that makes the wrong decisions with the right intentions.

Going forward, its international premiere in Toronto should help provide the film with the necessary exposure on the international front while director and writer Lee Do-yun has successfully demonstrated that he has a wealth of talent, which bodes well for any future productions he gets involved in.