Admissions are down in Korea so far this year, and exhibitors missed the local hits which made summer 2009 so successful. Jean Noh explores the territory’s appetite 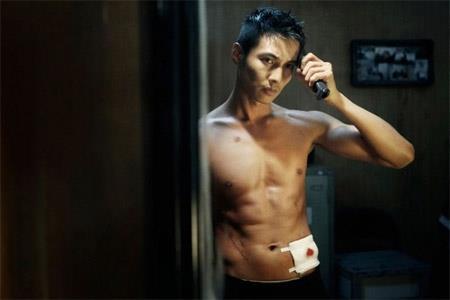 Admissions may have dipped in South Korea in the first half of 2010, but the territory’s box office is on the rise thanks to higher ticket prices and premium 3D releases.

Unusually for Korea, where local films often dominate, Hollywood films are driving the 2010 box office. To the end of August, the market share of local films fell 19.7% year-on-year to 42%, with non-Korean films securing 58%, up 10.6% compared to the same period in 2009.

In 2009, two local summer releases — tsunami blockbuster Haeundae and ski-jump drama Take Off — topped the year-end charts, with admissions reaching 11.3 million and 8.3 million respectively; this year’s summer tentpoles, local and US, did not come close.

“This summer was good but compared to last year there weren’t any huge hits of 10 million and 8 million admissions,” says Unkyoung Park, general manager of investment planning at Showbox Mediaplex, one of the territory’s leading investor/distributors. “It left something to be desired. There were a lot of films rated 18 and over, and not many films that had more mass appeal.”

The two biggest releases of the season were Warner Bros’ Inception and CJ Entertainment’s local thriller The Man From Nowhere, which have both taken around six million admissions to date.

“Korean audiences like movies with mythical elements or fantasy elements,” notes Kim Soojeong, a marketing manager at Warner Bros Korea. “It helps if a director has credibility with films which have not disappointed previously, as with [Christopher Nolan’s] Inception. Star power isn’t as strong a factor in big openings as it used to be.”

The biggest international independent release of the year to date is The Twilight Saga: Eclipse, bought by Pan Cinema and distributed by New Entertainment World (N.E.W.). The vampire fantasy scored 2.1 million admissions and has grossed $13.1m.

Independent 3D films are also performing well with Hwa & Dam Entertainment’s dance picture Step Up 3D grossing $6.3m this year. The Korean Film Council (KOFIC) estimates that by the end of 2010, the number of 3D screens will have increased by 20% from 2009’s 120 screens.

Despite new media platforms such as IPTV and internet VoD, the ancillary market still only accounts for about 20% of a film’s profits, with the majority coming from the theatrical release. Box-office profits for local films are divided 60:40 in favour of the exhibitor, while non-Korean films see a 50:50 split, which is a hangover from the years when exhibitors had to be persuaded to release Korean fare.

Online piracy has long been identified as a major handicap to profit growth. But the increase in gross theatrical box office and the decline in the home-video market suggests it is the latter which is taking the hit.

CJ Entertainment
CEO Katharine Kim
Distributed 34 titles, taking 30% of the box office to date this year. Part of a conglomerate which includes exhibitor CJ CGV and cable broadcaster CJ Media. Recent successes include Choi Dong-hoon’s fantasy action comedy Woochi and US titles Iron Man 2 and How To Train Your Dragon. CJ is the local distributor for Paramount and DreamWorks Animation, and has a first-look deal with Fortissimo Films.

Lotte Entertainment
CEO Son Kwang-ik
Part of a conglomerate which includes Lotte Cinema. Lotte focuses on local comedy and action films, and family-oriented titles (both local and foreign). Recent titles include war film 71: Into The Fire, comedy Pistol Bandit Band, and Japanese title Pokemon: Arceus And The Jewel Of Life.

Showbox Mediaplex
CEO You Jeong Hoon
Also part of a conglomerate which in recent years sold off exhibitor Megabox and cable broadcaster On*Media. This year’s releases have included North-South Korea espionage thriller Secret Reunion, the local mockumentary Actresses and The Book Of Eli.

What works in Korea

SOUTH KOREA AT A GLANCE