Creative industries on UK election: 'No mandate for hard Brexit' 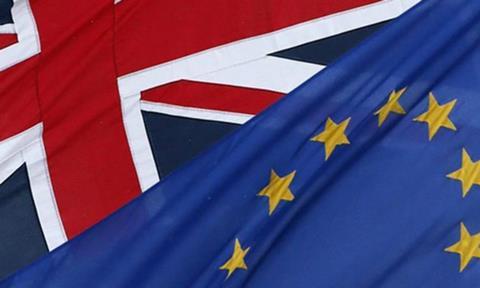 The UK has woken up to a hung parliament with the Conservatives as the largest party, after the general election produced no overall winner.

With nearly all results in, prime minister Theresa May faces ending up with 12 fewer seats than when she called the election.

The result has created considerable uncertainty over the makeup of a future government and its mandate to pursue the hard Brexit for which May had been campaigning.

Among key issues for the film industry this election were the UK’s divorce from the EU and the Conservatives’ policies on National Insurance Contributions, digital infrastructure rollout and skills investment.

While most major film and TV organisations declined to comment on the result, the UK’s Creative Industries Federation has responded with caution and some optimism.

John Kampfner, chief executive of the pressure group, said: “Today’s result raises concerns about the political stability of the UK in the short term. One thing is beyond doubt, however: Theresa May has seen that there is no clear mandate for the government to negotiate a hard Brexit.

“Federation members were 96 per cent in favour of remaining in the EU when surveyed before the referendum. They saw Brexit is a threat to the continued success of the creative industries, damaging growth and the UK’s global outlook. This general election vote now offers the opportunity to look at the issue again.

“The Federation will push for the UK to remain in the single market and the customs union and against undue restrictions on free movement, which we know will damage the capacity of the creative industries to deliver. Non-UK EU nationals are an important part of the creative economy.

“As we noted in our statement yesterday morning, as voters went to the polls, the Federation will work tirelessly to hold the new government, whatever shape it takes, to account. We will continue to advocate policies that maintain the UK creative industries’ competitive advantage and keep the nation outward-looking and international.

“It remains vital we secure the best possible deal for the sector during what will be a turbulent period of political and constitutional change.”

Meanwhile, the pound’s sharp and continued decline against the euro and dollar after the result is more short term bad news for UK buyers but positive for those foreign companies looking to shoot in UK or buy up local interests.

Michael Ryan, the chairman of the Independent Film & Television Alliance (IFTA), commented on the result:

“The film and television industry depends upon relationships – financial, professional and creative – with Europe and the rest of the world. Brexit itself has compounded the existing marketplace uncertainties that affect us. Now, with the scope of the government’s mandate to negotiate the UK’s trade and legal relationships internationally open to question, we are simply apprehensive for the future.”

Among key MPs for the film and media sectors to retain their seats were incumbent Conservative Minister for Digital & Culture Matt Hancock, who maintained his seat in West Suffolk. Former Culture Minister Ed Vaizey also won another term in constituency Didcot and Wantage.

Hancock had argued during the campaign that his party’s approach to Britain’s creative sector - particularly through rolling out the tax credit and developing creative hubs in Northern Ireland and Manchester - had been “imitated across the world”.

He had claimed that he was “personally invested in” getting the UK the best possible Brexit deal and he visited Brussels to discuss the outcome of the negotiations for the sector.

“We’ve got to ensure we bring back control of our immigration system but also still attract the brightest and best talent. It isn’t our aim to completely reinvent the whole system.”

The Tories also promised to make apprenticeships a “mainstream” concept and Hancock claimed the government hadn’t made it harder for working class children to enter the creative industry by, at times, cutting the government’s budget for the arts over the last eight years.

Menawhile, Labour stated last month in a six-page cultural manifesto: “Labour understands the serious concerns that the creative industries have about Brexit, from the potential loss of EU funding streams, to the ability of artists to travel and perform, to the impact on intellectual property rights.

“As Britain leaves the EU, Labour will put our world-class creative sector at the heart of our negotiations and future industrial strategy.

“We will get the right deal on issues like intellectual property, customs, access to investment, regulation, workforce and data protection to ensure our creative industries aren’t shackled by Brexit.”