Strand Releasing has acquired all US rights from Films Boutique to Peter Greenaway’s fact-based drama. 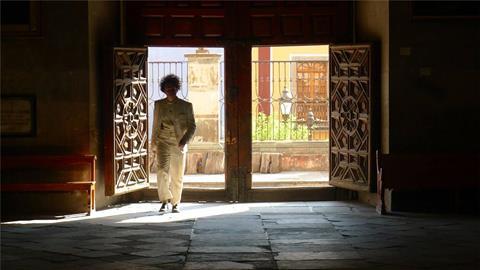 The film received its world premiere in competition in Berlin and centres on Soviet filmmaker Sergei Eisenstein’s romance with a local male guide while shooting Que Viva Mexico in Guanajuato in 1931. Elmer Back and Luis Alberti star.

Strand plans for a late 2015 / early 2016 release after the North American premiere at the Seattle International Film Festival.