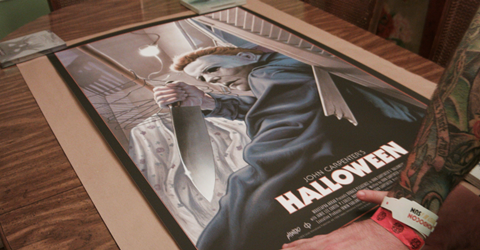 24X36: A Movie About Movie Posters explores the lost art of film poster illustration through the cinephiles who cherish the tradition.

Talking heads include Roger Kastel, the man responsible for the iconic Jaws poster, as well as Gremlins director Joe Dante. The film premiered at Fantastic Fest in Austin, Texas, in September.

“In all honesty, Raven Banner was my dream distributor from the time we began production,” said Burke. “Their work with genre film in Canada is unparalleled and I’m elated to have my first feature counted among their amazing catalogue of films.”