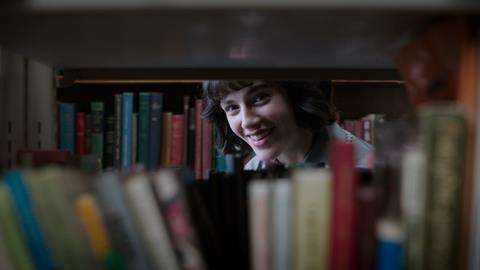 The companies have earmarked an early 2017 release on the London-set contemporary fairy tale about the unlikely friendship between a reclusive young aspiring children’s author and a cantankerous widower.

Andrew Scott, Jeremy Irvine and Anna Chancellor round out the key cast.

“It is rare nowadays to find a gem such as Simon Aboud’s This Beautiful Fantastic,” said Peter Goldwyn of Samuel Goldwyn Films. “The depth of emotion and heart of this film is something we cannot wait to share with audiences.”

AMBI Group co-founder Andrea Iervolino nagotiated the deal and added, “Simon crafted a heartfelt story that we are excited to release with our partners at Samuel Goldwyn.

“With a fusion of comedy and drama that balances poignant moments with humour and charm, This Beautiful Fantastic has strong commercial appeal and we see serious potential for a real breakthrough hit. This is British, intelligent character-driven filmmaking at its best.”

Larry Greenberg will oversee the release for AMBI.