EXCLUSIVE: Adam Driver film to be released in the UK one month ahead of the US. 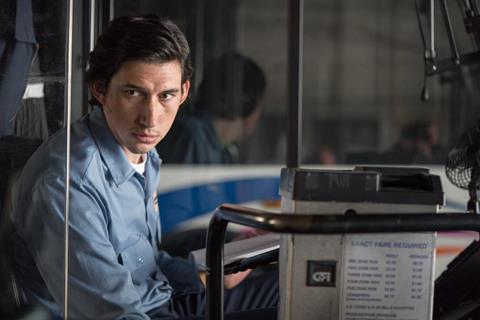 Paterson will be released on November 25 while Toni Erdmann is set for release on February 3, 2017.

British indie distributor Soda has partnered with Amazon Prime on the theatrical campaign and SVOD rights on both films, as well as on a Jarmusch library of films available to subscribers throughout the license period.

With the US release of Paterson set for late December, the UK date falls one month before as a strategic move to carve out space in the crowded award season.

It will follow a traditional release pattern with DVD and TVOD, timing with North American windows.

Toni Erdmann will release in early 2017, in a similar move to allow for consideration in this year’s awards season. The German comedy received critical acclaim at Cannes, and recently scooped the Fipresci Grand Prix, as
well as being selected as Germany’s Foreign Language entry for this year’s Academy Awards.

Soda Pictures managing director Eve Gabereau said: “Partnering with Amazon across releases in the UK and US on Paterson is the perfect match in terms of marketing, audience outreach and exploring new models to market, not to mention our shared love of the film and its director.

“Amazon’s enthusiasm around Toni Erdmann is testament to their commitment to independent film, contemporary currents in cinema and exciting European talent.”