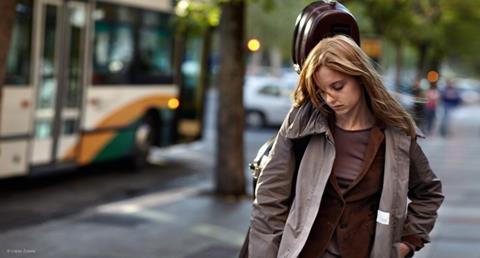 A moving and impressively shot drama, Don’t Be Afraid (No Tengas Miedo) tackles head on one of the most taboo of subjects, a young girl’s sexual abuse by her ‘loving’ father and how she struggles to deal with the impact it has on her life as she becomes a woman.

Don’t Be Afraid tackles dark issues head-on, and should be applauded for doing so.

Montxo Armendariz’s film, which played in competition at the Karlovy Vary Film Festival, deserves to find attention at film festivals around the world, and compassionate distribution with bolder art house film distributors. The casting of Lluis Homar and Belen Rueda (both star in Julia’s Eyes, while he also starred in Broken Embraces and she gained fame with The Orphanage) help give it strong acting credentials, while Michelle Jenner is excellent as a young woman whose abusive childhood haunts everything she does.

Don’t Be Afraid manages to be tender and thoughtful without ever being exploitative, and is brave enough to let the story (and the stories of others who have been sexually abused) tackle the dark areas of abuse – such as her need for her father’s love as well as the father’s desire for his daughter – before offering up a loose sense of hope for a troubled and scarred young woman.

As a seven year-old girl Silvia (played at that age by Irene Cervanates) has a normal childhood. Adored by her parents (Homar and Rueda) and at her happiest playing with her best friend Maite. One evening, though, her father Ignacio’s ‘tickling’ goes too far, and so her life changes.

As a sullen teenager, Silvia (played at this age by Irantzu Erro) is increasingly withdrawn, barely eating and avoiding spending time with either her family or friends, instead withdrawing into an almost somnambulistic world where she ambles the streets and does her homework in the park.

When she comes a young adult, Silvia (Michelle Jenner) fights against herself to try and find some order and even happiness in her life, though a sense of low self-esteem hinders her development and she is still caught in a cycle between a deep-rooted and controlling link with her father (she eventually goes to work with him in his dentistry practice) and wanting to escape completely.

Several dramatic sequences punctuate the film, especially a scene in a taxi, where she glimpses a happy young family, and a fine moment when she has lunch with her mother (now separated from her father) and asks her if she was ever aware of the sexual abuse. Belen Rueda is given little to do in the film, but here she shines with her character’s sense of denial and not wanting to face reality.

To a certain extent Lluis Homar hs the hardest role. He has to play an evil, abusive and manipulative man who is driven by lusts and needs. Homar plays him as an ‘everyman’ - a seemingly ordinary and pleasant man who to the outside world is compassionate and attentive, but who has ruined his daughter’s life.

As the adult Silvia, Michelle Jenner is impressive. Delicate but also oddly determined, her Silvia only finds the possibility of ‘escape’ when she starts to talk to a therapist. The other constant in her life is her friendship with Maite (Nuria Gago), who helps her eventually escape from the cloying clutches of her father.

There is a niggling sense that the end of the film does not quite fit the nuanced and thoughtful structure that has gone before, but there is no denying Don’t Be Afraid tackles dark issues head-on, and should be applauded for doing so.