How To Train Your Dragon 2 flies at China box office

CHINA BOX OFFICE: DreamWorks Animation’s How To Train Your Dragon 2 topped the Chinese box office for the week August 11-17, grossing $26.32m over a four-day weekend, while Apocalypse Pompeii opened in third position with $6.68m over three days. 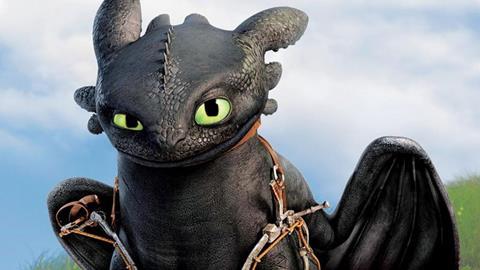 Released by Fox International starting on June 13, Dragon 2 has so far grossed $537m worldwide. DreamWorks Animation has a joint venture in China, Shanghai-based Oriental DreamWorks, which is currently working on Kung Fu Panda 3.

Wuxia romance Brotherhood Of Blades climbed from sixth to fourth position in its second week, grossing $6.23m for a cume of $12.05m.

The only other opener in the top ten was Hong Kong-China corruption thriller Z Storm, which came in sixth with $5.43m in just two days.

Coming in seventh, Han Han’s road movie The Continent has cracked the $100m benchmark after grossing a further $4.64m in its fourth week.