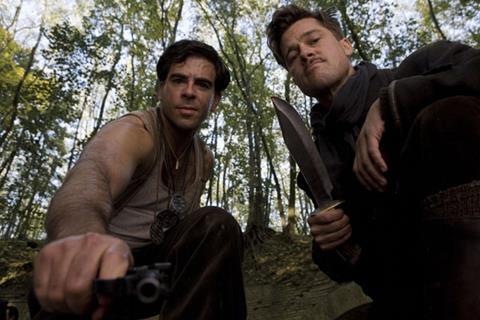 “On every film there’s an inspiration that Quentin is drawing on,” says Sally Menke, Quentin Tarantino’s long-time editor.

“The Western was very influential [on Inglourious Basterds] and that affects how you draw out the tension in certain scenes.” Tension: as in the memorable opening encounter between Colonel Hans Landa, played by Austria’s Christoph Waltz, and Denis Menochet’s French farmer.

“All of the characters have to play against each other to draw out the tension,” says Menke. “Then you add the different layers like environment, music, etc. So it was important Landa gets his pipe out at the right beat to make the audience laugh before you throw them back into the tension.”

With dialogue in French and German, Menke, who spent four months in Berlin cutting the film before she and Tarantino returned to the US in early 2009 to prepare the final mix, had to adapt. “I had every line of every take translated,” she says. “I had to know what every word was to make it work technically and emotionally so I could sustain the character arcs. It will make me approach dialogue in films in a new way, I think.”

What one hopes will always remain the same is Menke’s relationship with Tarantino. “We’ve been working together for 18 years - unbelievable! Quentin said he didn’t know where his ideas begin and mine end, and vice versa. We have become somewhat joined at the hip. But we differ creatively enough so there’s always a growth.

I consider myself so darn lucky to work with this guy who pushes me into new genres and pushes me deeper into subject matter and characters.”