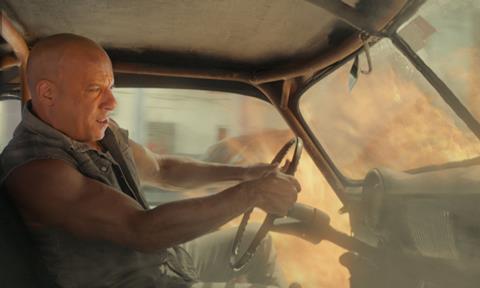 The disruptive might of coronavirus took another heavy toll on the global distribution pipeline as Universal postponed by one year its ninth Fast And Furious instalment and Disney said it was pushing back Mulan, The New Mutants, and Antlers to later this year.

Universal’s F9 starring Vin Diesel had been scheduled to open on May 22 this year and will now go out on April 2, 2021. It marks the second major rescheduling to Universal’s international distribution slate after MGM and Eon pushed back James Bond thriller No Time To Die, which Universal distributes internationally, to November.

Disney originally set a March 27 North American release date for Mulan, April 3 for The New Mutants, and April 17 for Antlers.

The studio is looking at potential replacement dates for later this year and had not elaborated at time of writing. The films will not open anywhere in the world until new dates are set.

Earlier on Thursday Paramount said it was delaying the release of A Quiet Place II until a later, as yet unspecified date, this year. The studio also confirmed to Screen it had delayed releases of Rapman’s UK sensation Blue Story, and action comedy The Lovebirds.