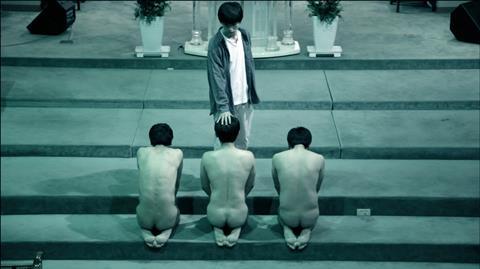 Vulnerability is regarded as an invitation to sadism by the morally bankrupt ringleaders of young director Lee Don-ku’s promising, societally bleak debut Fatal (Kashi-ggot), which tackles the East Asian rape-revenge staple in a fresh and raw, if shakily uneven, manner.

Violence is strong, with one scene particularly graphic and bloody - though disciples of the likes of Park Chan-wook hoping for an experience as viscerally extreme will be frustrated at how long the film takes to get there.

The opening is gripping and strikingly executed, placing us in the kitchen of a dingy, rudimentary Seoul apartment with a group of tough-talking high school boys. As they enter and leave a bedroom in turn, it dawns on us they’re raping a girl inside - the flat’s sole occupant Jang-mi (Yang Jo-a), whose mother is dead and whose lack of family make her an easy target for such crimes.

Gratuitous voyeurism is avoided. We don’t see what’s going on inside - until the last, reluctant boy Sung-gong (Nam Yeon-woo) is roughly bullied into entering. Even then, we just glimpse the victim’s drugged unconscious face - whether he forces anything sexual is left unclear. Its understated obliqueness make this scene all the more unsettling - though after, the film loses some focus and traction.

Fast-forward ten years, and Sung-gong is a diligent employee at a small clothing-manufacturing shop. Still tormented with guilt about the rape and desperate for any form of absolution, he seeks out the church advertised on a flyer Christian street missionaries hand him. To his shock, Jang-mi is a regular there. While she’s unaware of his role in her past trauma, he obsessively insinuates himself into her life, even throwing in his job and persuading her to give him shifts in the coffee-shop where she works.

Pains are made - in a manner that’s a touch formulaic - to show that unlike Sung-gong, his former classmates feel no remorse. Kyu-sang has a bunch of girls on the go, who he speaks derogatorily about getting into bed in a soju-drinking session; manager Hung-woo drunkenly harasses his subordinate; Sae-woon, now working in his dad’s auto-shop, has his short temper intact.

In their first major roles, Nam and Yang hold our attention and sympathy. Nam’s chronically awkward Sung-gong prompts moments of bizarre humour with his gauche gestures, while Yang as Jang-mi is singularly offbeat and effusively warm. The episodic, rambling upbeatness with which Sung-gong’s integration into the church is depicted sits oddly with the intense rage and violence that, simmering close under the surface, inevitably does erupt, as an intense soul-baring session on church seaside vacation sets in motion a brutal chain of vengeance acts.

Violence is then strong, with one scene particularly graphic and bloody - though disciples of the likes of Park Chan-wook hoping for an experience as viscerally extreme will be frustrated at how long the film takes to get there. Production values aren’t high, and while this rawness works when the film’s at its most naturalistic, at other times - some nightmare and fantasy sequences, especially - it’s a tad clunky.