Norway has a feast of films to offer for 2019 and beyond, from family adventures to topical documentaries and historical biopics. Screen profiles 10 upcoming titles. 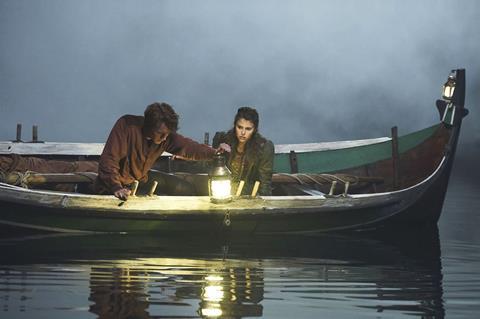 The Ash Lad — In Search Of The Golden Castle

Dir. Mikkel Braenne Sandemose
This sequel to the 2017 fantasy adventure picks up the story as the Ash Lad and Princess Kristin set out on a quest to find the mythical Soria Moria castle, and its well containing the Water of Life. If they fail, it could spell the end for the kingdom and maybe the entire world. The film, with an estimated budget of $8.2m (€7.3m), is now in post-production and is set for local release in August.
Contact: TrustNordisk

Dir. Dag Johan Haugerud
A contemporary drama about the 13-year-old daughter of a Labour Party politician who accidentally kills the son of a high-profile right-wing politician, Haugerud’s film traces the aftermath of the accident and looks at the pressures on 21st-century children. Yngve Saether of Motlys is producing the Norway-Sweden co-production, which is in post.
Contact: Picture Tree International

Dir. Jorunn Myklebust Syversen
The director of The Tree Feller returns with her second feature about a 13-year-old boy who is training for the world championships in disco freestyle dance. However, his family is more concerned with religion. The cast is a mix of professional and non-professional actors. Maria Ekerhovd of Mer Film is producing the project, which was presented as a work-in-progress in Gothenburg.
Contact: Maria Ekerhovd, Mer Film

Dir. Jannicke Systad Jacobsen
This satirical drama produced by Isak Eymundsson for Ape&Bjorn is about a pro cyclist, played by Silje Salomonsen, who is caught up in a doping scandal. Her fall from grace is exacerbated by her refusal to accept the consequences of her actions. The film is now in post and was presented as a work-in-progress in Gothenburg. It is backed by the Norwegian Film Institute’s New Ways initiative.
Contact: Isak Eymundsson, Ape&Bjorn

Dir. Maria Sodahl
Sodahl’s second feature, following the award-winning Limbo in 2010, is based on a true story about a couple whose relationship is severely tested when the woman comes home from an international dance tour and discovers she has a life-threatening brain tumour. Andrea Braein Hovig and Stellan Skarsgard star in the film, which is being produced by Thomas Robsahm for Motlys. SF has Scandinavian rights. The film started shooting in January and will be ready by late autumn.
Contact: TrustNordisk

Dir. Tonje Hessen Schei
This documentary, now in production for spring delivery, investigates the consequences of how artificial intelligence is being developed and implemented by the new tech superpowers. Jonathan Borge Lie is producing for UpNorth Film.
Contact: Roco Films

Dir. Victor Kossakovsky
Aquarela director Kossakovsky is readying this documentary for delivery later in 2019 or early 2020 after shooting in Spain, the UK and Norway. The film is about the intelligence, emotions and sensibility of animals, including cows, pigs and chickens. Krogufant is produced by Anita Rehoff Larsen for Sant & Usant, who previously worked with the director on Varicella.
Contact: Anita Rehoff Larsen, Sant & Usant

Dir. Andre Øvredal
Øvredal, best known for Trollhunter and The Autopsy Of Jane Doe, directs this Norse-inspired fantasy-adventure story about a young man who discovers he has god-like powers. Nat Wolff leads the cast. Nordisk produces alongside Automatik and 42.
Contact: TrustNordisk

Dir. Jens Jonsson
Jonsson, whose credits include The King Of Ping Pong and Easy Money III, returns to film after recent work in TV. This thriller is inspired by the true story of Sonja Wigert, an actress turned double agent during the Second World War. The cast includes Ingrid Bolso Berdal, Rolf Lassgard and Alexander Scheer. It is produced by Karin Julsrud, Turid Oversveen and Hakon Overas for 4½. The film, in post, was presented as a work-in-progress in Gothenburg.
Contact: TrustNordisk