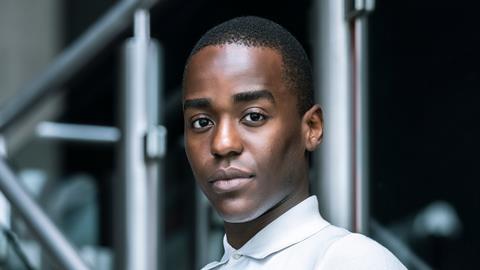 Scottish-Rwandan actor Ncuti Gatwa is most amused that “detty pig” (dirty pig), his sassily ad-libbed line in season two of Netflix’s Sex Education, has turned him into a meme, both online and offline in the cleanliness-conscious Covid-19 age.

“Someone said to me that I need to tone it down because white people won’t understand,” he says. “Cut to a year later, and ‘detty pig’ is being posted on every toilet up and down the country.”

The popularity of both the phrase and his character — fabulously flamboyant teenager Eric — speak to a longing for greater diversity in the UK industry, Gatwa believes. “If you tell a story with authenticity and nuance, people will understand it,” he says. “Eric represents a lot of different intersections. People connected to him because the show is a screen of transparency — showing what is already there.”

Production on the third season of Sex Education began in Wales on September 9, following a four-month Covid-induced delay. Gatwa is keen for the show to retain its inherent tactility, while respecting necessary guidelines. “There’s got to be a way for me to touch Asa [Butterfield, his co-star]!” he jokes.

After training at the Royal Conservatoire of Scotland then forging a stage career around classical roles including Mercutio in Romeo & Juliet, Sex Education’s success has opened doors. He shot a supporting role in Studiocanal and Blueprint Pictures’ Last Letter From Your Lover, an adaptation of Jojo Moyes’ romance novel, in October 2019. Gatwa plays the best friend to Felicity Jones’ character, with Shailene Woodley, Joe Alwyn, Nabhaan Rizwan and Callum Turner also featuring in a stellar cast.

Next up is a lead role in an as-yet-unnamed US feature, plus a return to the stage in two theatre jobs. Gatwa cites Moonlight writer Tarell Alvin McCraney and directors Baz Luhrmann and Jordan Peele as ideal collaborators, and harbours a longing to play a Bond villain. He is also keen to take on adult roles “that challenge the way people think and challenge society”.