Covert Media ventured into fully financing and producing features on the upcoming drama Ophelia inspired by Shakespeare’s play and starring Daisy Ridley, Naomi Watts and Clive Owen and enjoyed a strong response to footage in Toronto.

CEO Paul Hanson discusses the project and, more broadly, addresses what international buyers need to do to stay relevant, and why markets matter. 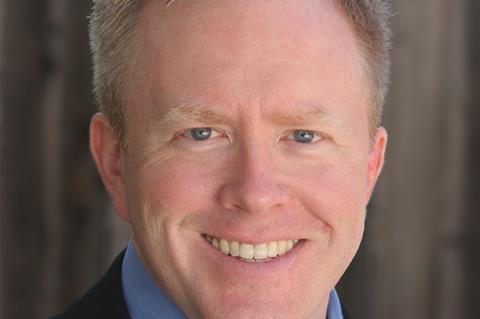 Why did you choose Toronto to show footage on Ophelia and when can we expect a US deal?

The film came out spectacularly and we felt confident showing footage. It was well received. We’re on schedule to finish by the end of the calendar year. Our expectation is to get a sense of where we are domestically in the first quarter [of 2018] because we will probably be attending a festival in the first quarter. Ophelia is rooted in Shakespeare but it’s much more attuned to today’s audiences and there’s a theme of female empowerment that’s particularly relevant today. It’s compelling, worthy theatrical storytelling. There are a few territories left and we’re in the midst of negotiations.

Covert financed and produced Ophelia. What’s next in this realm?

Ophelia was the first film where we were the soup-to-nuts company. We had previously arranged the debt on Naked, which Netflix took for the world. The Secret will be next one [we fully finance and produce] and we have maybe a couple more next year.

They do. In the world of email and Skype we do a fair amount of transactional work in the day-to-date world, but there’s a lot of value in having face-to-face conversations and longer discussions about what’s happening in everyone’s territories, which are the foundations for a lot of deal-making. There’s an opportunity to position films properly by walking people through marketing materials.

And what’s the value of the AFM?

It’s the big fourth quarter market. Because so much of the industry is based here it increases attendance and it’s not quite as expensive as Cannes. For better or worse it’s not associated with a festival and feels more commercial.

TV advertising is down, VoD has not filled the gap left by DVD, and the streaming titans have the deep pockets to take worldwide rights off the table. How do traditional buyers compete?

It’s easier said than done and it’s different in each territory, but at the end of the day the theatrical window isn’t going away – there’s still a lot of vibrancy and value to it. We need to be smart about what we pick and programme, and budget appropriately, and frankly people are going to have to take risks. A lot of us [in the sales space] have taken risk and some of these distributors are going to have to take more [risk]. We want to do this together because when it works, everyone succeeds.

What kind of risk?

The nature of the deal-making may evolve so that they get more creative, [which means] we’re all bearing some financial risk. That could be some combination of working on projects that might be a little more left of centre and creatively ambitious, which is what could drive theatrical exhibition to give people the feeling they need to go to the theatre. Sequels aren’t resonating at the box office. As a corollary to that, creative risk can involve filmmakers who are not  well known or actors and actresses [who are not well known]. A huge star is no longer predictive of success. We should be on the look-out for the next wave of talent.

How is Covert’s TV business growing?

The history of the company and me personally is very much rooted in features but there’s so much crossover and so many great TV shows it would be foolish not to engage. We’re starting mostly in unscripted, which is a lower-cost, lower-risk world. We’re exploring script and have optioned some material and might have some announcements in the coming months. It’s an area we view as strategic that has value [for us] based on our experience and relationships.