Andrei Konchalovsky’s Dear Comrades! may depict a brutal and tragic event of the Soviet era, but it offers a nuanced portrait of those times — as the veteran Russian filmmaker tells Screen. 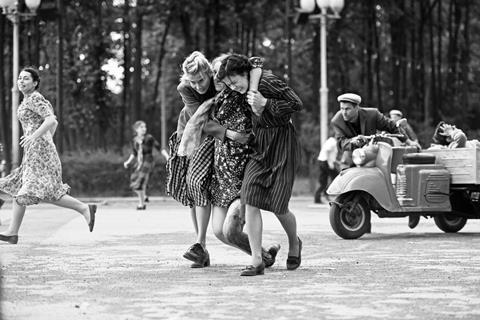 Andrei Konchalovsky was in his mid-20s at the time of the Novocherkassk massacre in June 1962 — the incident he dramatises in Dear Comrades!, chosen as Russia’s entry to the international feature film Academy Award. This was the moment when the KGB opened fire on unarmed demonstrators outside a factory in Novocherkassk, the capital of the Don Cossack region in the west of the country. Twenty-six protesters were reported to have been killed with many more injured.

“No memory whatsoever because it was a total [news] blackout,” the Russian director, now 83, says of his recollections of the incident. It was also the year of Ivan’s Childhood, the first feature by Andrei Tarkovsky, which Konchalovsky co-scripted. He was working with Tarkovsky and had no knowledge of the massacre, which was not reported in the Soviet media. “We had heard something,” he recalls. “There were some whispers that there was a strike, and some people were shooting, but it really didn’t make any impact on me.”

It was only with investigations in the 1990s that the director heard about the massacre in detail. “I thought it was a very complicated, interesting story,” says Konchalovsky, who first considered making a film about the massacre 20 years ago but “forgot about it” as he pursued other projects. However, he reconsidered when he directed his wife Julia Vysotskaya on stage as the tragic Greek heroine Antigone in Oedipus At Colonus.

“I was looking at her and thinking, ‘She is really a tragic actress.’ These two ideas, Julia as a tragical actress and the events at Novocherkassk, came together.” It helped that Vysotskaya herself came from the city.

“I like to rationalise when I teach my students, but when I start a film, it is mostly some kind of infatuation,” the director reflects on the impulsive and “emotional” way he chooses movie projects.

Dear Comrades! (sold internationally by Films Boutique) is released in the US by Neon, which enjoyed notable awards success a year ago with Bong Joon Ho’s Parasite. However, Konchalovsky remains cautious about his prospects for Oscar glory.

“You know, when I was doing American movies, I was obsessed with Oscars. It was very important for me to get an Oscar, especially when Runaway Train was nominated [in 1986], because an Oscar gives you the ability to make the next film,” he reflects. “But actually today, it’s very nice to be nominated…[but] this film has certain specific, very Soviet themes, very alien for the Academy.”

Dear Comrades! shows the Soviet way of life as experienced by Lyudmila (Vysotskaya), a dedicated member of the local Communist Party who slowly begins to see the cracks in the brave new world that has been built in the Soviet Union.

“Soviet people, especially this generation born in the 1920s who went through the war and went through a lot of very cruel events in their life, they still had this kind of staunch almost blindness,” the director says, reflecting on their loyalty to the Communist Party. “Really to be a communist, you should be a romantic or a fanatic… or a son of a bitch!”

Lyudmila’s belief in the system is tested by what happens at the factory and by the uncertain fate of her adult daughter, who participates in the strike and disappears during the protests.

Konchalovsky comes from distinguished and colourful stock. His ancestors were aristocrats. Some were imperial officers. Others were artists. One side of the family stayed in Russia after the Revolution and his father, author Sergey Mikhalkov, wrote the lyrics for the Soviet national anthem. His maternal grandfather Petr Konchalovsky (1876-1956) was one of the leading Russian painters of the 20th century. His brother Nikita Mikhalkov is director of the 1995 Oscar winner Burnt By The Sun. Nonetheless, his relatives had their struggles with the authorities.

“For me and my brother, it was much easier because it was after Stalin’s death. It was a thaw, a new age,” he says. “Making films when I was starting with Tarkovsky, it was a completely different era and different conditions than for [Sergei] Eisenstein who had to show all his films to Stalin and hear Stalin’s remarks. We were in a less strict society.” 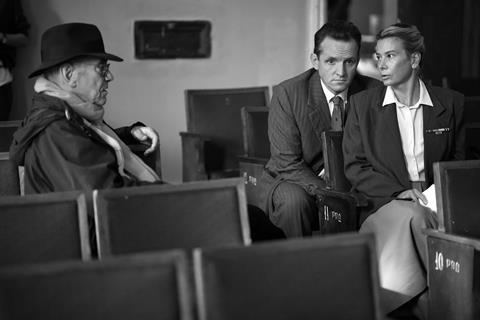 Konchalovsky was later to go to Hollywood and direct films such as Runaway Train with Jon Voight and Eric Roberts, and Tango & Cash (1989) with Sylvester Stallone and Kurt Russell. However, he never forgot his roots. “Deep down I am a very Soviet man,” he proclaims. “Soviet life is dear to me… and absolutely hateful!”

This is the paradox the film addresses. Many westerners will regard Dear Comrades! as an attack on Soviet-era brutality, violence and the machinations of the KGB. That is not how Konchalovsky sees it; his view of Soviet life is more nuanced.

“I never was a prisoner. I never went under persecution. Of course, for those who went to concentration camps let alone those who were executed, it was different,” the director acknowledges. There may have been repression and censorship but he grew up in “the ambience” of art. “I lived in an environment where I could speak and listen to Prokofiev, a great composer who was a friend of my grandfather… in a sense I was very lucky.

“Not only in this film, but in my previous couple of films, I’ve started to feel that life is very ambivalent. There is no absolute evil or absolute good and absolute innocence.” Konchalovsky accepts the film is bound to split opinion in Russia. “It will be taken by some parts of the audience with open hearts. Some other part is going to spit on me and say I betrayed Soviet ideals. But I’m telling them, ‘Guys, I am as Soviet as you. I am more Soviet than you because I am old and I lived [through it]. I loved it and I hated it.’”

Dear Comrades! was produced by Uzbek-born tycoon Alisher Usmonov, a figure well-known to football fans in the UK for the period when he was a major shareholder in Arsenal FC. Konchalovsky is full of praise for the businessman, likening him to a Medici-style patron. “Usmonov is a different character from other Russian rich people,” the director insists, separating his producer from the oligarchs who acquired wealth in the 1990s “through illegal dealings with the state”.

And on Vysotskaya, with whom he has worked several times, Konchalovsky says: “We are very, very much in synch in many things and I am older than her by 36 years. I’ve never worked with an actress with such intuition as Julia.”

Dear Comrades! captures a brutal moment in Soviet history but it ends on a redemptive note. “Life and art are different. Art is a big lie that helps us to understand the truth of life,” says Konchalovsky, explaining the late blast of optimism in the film. “A human being is very thankful to someone who gives him hope. I want to give hope. I want a miracle… a miracle is something we need as an irrational motive to have beliefs. The moment we don’t have any beliefs, we have no strength to live.”

Having tackled the Soviet massacre at Novocherkassk, Konchalovsky is delving further back into Russian history with his next, even more ambitious project, a TV series that will look at the origins of the 1917 revolution. The working title is “Heroes and bastards of the Russian Revolution”.

The drama will have more than 60 main characters ranging from Lenin to Rasputin, and everyone else in between. “It’s a mad merry-go-round,” he says.