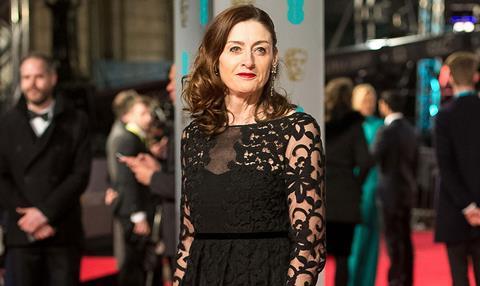 What opportunities are created by moving the Bafta ceremony to the Royal Albert Hall?

In a similar way to the Royal Opera House [which is undergoing renovations], the Royal Albert Hall is an iconic venue with a distinct shape and size.

The move will give us a great opportunity to try some new ideas in how we present the ceremony (which takes place on February 12).

We’re excited to be working with Cirque Du Soleil, who will be in residence at the venue during the time of our awards, so we will incorporate a performance from them into the evening.

Does it feel like a strong year for nominees, especially UK talent?

There is already a buzz around a certain group of films but I’ve learned not to try to identify clear frontrunners at this point.

That said, it’s likely to be an open field across many of the categories. We are always happy with a more open field because it heightens anticipation ahead of our nominations announcement on January 10.

Alongside that, Britain continues to produce some of the best actors and craftspeople in the world, and British talent is usually very well represented across all the categories.

Bafta is recognising films that have been released on digital platforms. How do you balance changing with the times and celebrating the importance of cinema?

Bafta’s film committee is still very clear that the balance should favour cinema, but we’re keen to reflect the rapid changes in how audiences are engaging with films, and in how films, especially independent and foreign-language ones, are distributed.

We have realised a hard-and-fast rule is not going to work any more so we have considered eligibility on a case-by-case basis, and for the first time we have accepted one entry [The Little Prince, on Netflix] that hasn’t been in cinemas at all.

It will always be a balance we manage carefully, but we’re keen to ensure we don’t penalise film-makers because of how their films are distributed in the UK.

Why was the time right to increase the number of animation nominees from three to a maximum of five?

Our rules this year gave the film committee the option to increase the number of nominations to a maximum of five; and having reviewed the entered films, they decided that this year there will be four.

The documentary category was reintroduced in 2012. Why are you now confirming five nominees?

When the category was reintroduced, the committee wasn’t sure whether the quantity of theatrically released, quality documentaries would continue and be consistent, so we left ourselves the option to vary the number of nominations after reviewing the entries, as we do with animation.

The appetite for theatrical documentaries has gone from strength to strength. There are now several cinemas with screens dedicated to the form, with a number of docs getting wide releases.

Entry levels have become consistent, so we felt the time was right to commit to it as we do with other categories.

Leonardo DiCaprio wins the 2016 best actor Bafta for The Revenant

Can you explain why, in the era of social media, the awards ceremony is still not broadcast live?

At the moment, Bafta and the BBC consider 9pm to be the best slot for the two-hour show on BBC One.

The actual ceremony runs at just over two-and-a-half hours, and we don’t have the option of overruns because the news immediately follows the broadcast. However, it does give us time to make some edits to the programme and shape an entertaining and informative show for our audiences at home.

Regarding the ratings, the BBC is very happy with them and we do have the ceremony in full going up on BBC iPlayer for 30 days after the broadcast.

Interaction on social media is very high and continues to grow, which gives us the opportunity to expand the conversation and debate around the nominated and winning films.

We have seen Ampas make some significant changes to enhance diversity this year. What is Bafta doing to address this challenge?

After a survey of Bafta members, we’ve announced a series of measures aimed at improving diversity.

Following a consultation with the BFI and British film producers, we will add the BFI diversity standards to the eligibility criteria for the outstanding British film and outstanding debut by a British writer, director or producer categories from 2019.

And for the 2017 membership intake, we will abolish the requirement for new member applicants to need proposers and seconders from the existing membership.

We are committed to diversity in the long term and work hard to ensure our policies and practices across all of our activity enable us to be open, accessible and inclusive, while maintaining Bafta’s standards of excellence.