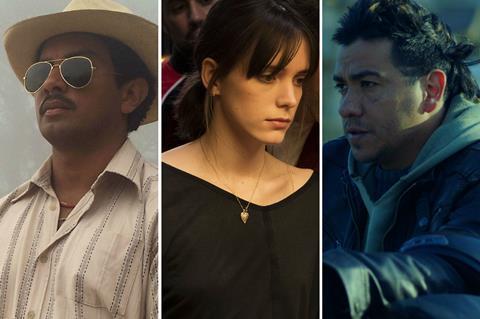 ‘Birds Of Passage’, ‘Treat Me Like Fire’, ‘The Snatch Thief’

Formed in 1969, the Directors’ Fortnight is an independent section parallel to Cannes Film Festival. Screen staff preview each of the titles selected this year.

Amin (Fr) - dir. Philippe Faucon
France’s Faucon returns to Directors’ Fortnight after premiering Fatima there in 2015. Moustapha Mbengue stars as Amin, who has come from Senegal to work in France, leaving behind his wife and children, and strikes up a relationship with a French woman (Emmanuelle Devos). Backers include Canal Plus, Ciné Plus, CNC and the Ile-de-France and PACA regions.
Contact: Pyramide International

Birds Of Passage (Col-Fr-Mex-Neth) - dirs. Ciro Guerra, Cristina Gallego
Guerra came to attention with 2015 Directors’ Fortnight breakout Embrace Of The Serpent and this time co-directs with that film’s producer, Gallego. Birds Of Passage is a drama about the origins of the illegal drug trade in Colombia in the 1970s, and is also a family story set within an indigenous community. Gallego also produces the film through her Ciudad Lunar outfit with Katrin Pors and Carlos Garcia’s Blond Indian Films.
Contact: Films Boutique

Buy Me A Gun (Mex-Col-Guat) - dir. Julio Hernandez Cordon
Renowned for his freewheeling DIY aesthetic, the films of Guatemalan-Mexican director Hernandez Cordon have previously caught the eye of arthouse festivals including Locarno (Gasolina, Polvo) and Rotterdam (Atras Hay Relampagos). Now the filmmaker makes his Cannes debut with this drama about the lengths a father is forced to go to protect a daughter in the small towns of Mexico, where drug cartels have even taken over the baseball fields. Rafael Levy and Rodrigo S Gonzalez’s Woo Films/Tuya Films produce.
Contact: Films Boutique

Carmen And Lola (Sp) - dir. Arantxa Echevarria
After writing and directing several lauded shorts and contributing to all-female sci-fi portmanteau 7 From Etheria, Echevarria makes her feature debut with this drama charting the taboo romance between two teenage girls striving to make their own lives in a Gypsy community. Newcomers Rosy Rodriguez and Zaira Morales are the two young leads.
Contact: Latido Films

Climax (Fr-Bel) - dir. Gaspar Noé
After three successive Competition slots, French provocateur Noé surfaces in Directors’ Fortnight with his latest, Climax, which was previously titled Psyché. Rumours suggested the film, which may or may not be a documentary, was shot in just two weeks, and focused on an urban dance troupe that embarks on a kind of Dionysian frenzy in an abandoned school. However Vincent Maraval of sales company and co-producer Wild Bunch warns that these reports are “wrong… but we don’t want to disclose any more, to keep the film fresh for the audience for once”.
Contact: Wild Bunch 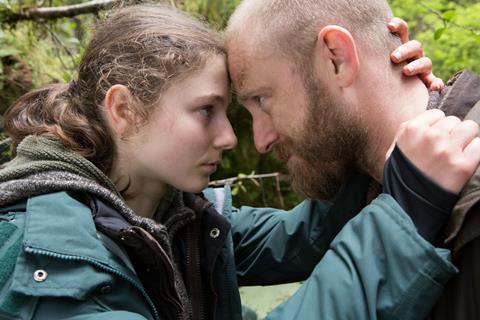 Leave No Trace (US) - dir. Debra Granik
Granik’s Leave No Trace, her follow-up to 2010’s Sundance hit Winter’s Bone, stars Ben Foster and newcomer Thomasin McKenzie as a father and daughter living off the grid in Oregon who embark on a journey back to their wilderness homeland when both are placed into social services. Granik and Anne Rosellini adapted the screenplay from Peter Rock’s novel My Abandonment. Bron Studios and Topic back the film.
Contact: Endeavor Content

Los Silencios (Bra-Fr-Col) - dir. Beatriz Seigner
When a woman and her two young children arrive at an island on the border between Brazil, Colombia and Peru, on the run from conflict in Colombia, they find that the children’s father, presumed dead, is still alive and they have entered a world of ghosts. Writer/director Seigner is known for 2009 feature Bollywood Dream, the first Brazil-India co-production.
Contact: Pyramide International

Mandy (US-Bel) - dir. Panos Cosmatos
Cosmatos’s gory revenge thriller divided audiences at Sundance where it premiered in the genre-led Midnight section. Set in the early 1980s, Nicolas Cage and Andrea Riseborough star as a couple whose peaceful backwoods existence is shattered when they encounter a violent religious cult. Mandy is produced by SpectreVision, XYZ Films and Umedia.
Contact: XYZ Films

Mirai (Jap) - dir. Mamoru Hosoda
Hosoda returns to the theme of time travel with his latest anime, produced by his own outfit, Studio Chizu. The Japanese filmmaker drew on his experiences as a father for this fantasy — Mirai is the name of both a character in the film and his daughter. Four-year-old Kun feels usurped by his new baby sister but then discovers a magical garden that allows him to travel through time to meet family members from the past and future.
Contact: Charades

The Pluto Moment (China) - dir. Zhang Ming
The Cannes debut of In Expectation’s award-winning director Zhang follows a filmmaker who travels from Shanghai to southwest China in search of a traditional mourning song as part of his script’s creative research. The producer is Black Coal, Thin Ice’s Shen Yang who has a second film in Cannes this year with Bi Gan’s Long Days Journey Into Night, in Un Certain Regard.
Contact: Way Good Entertainment 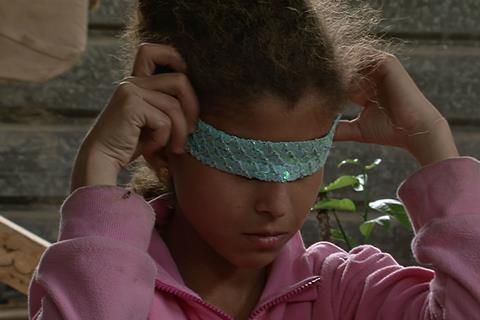 The Snatch Thief (Arg-Urg-Fr) - dir. Agustin Toscano
Toscano returns to Cannes after his debut film The Owners won a special mention from the Critics’ Week jury in 2013. The Snatch Thief again stars Sergio Prina, this time playing a robber who is trying to turn his life around following his brutal mugging of an elderly woman, a crime he now regrets. Liliana Juarez co-stars. The film is produced by Argentina’s Rizoma Films and Murillo Cine with Uruguay’s Oriental Films and France’s Gloria Films.
Contact: The Match Factory

To The Ends Of The World (Fr) - dir. Guillaume Nicloux
Last in Cannes with 2015 Competition title Valley Of Love — which reunited Isabelle Huppert and Gérard Depardieu in a US desert landscape — Nicloux’s latest, seemingly larger-scale project, produced by Les Films du Worso, features Depardieu again. He stars with Gaspard Ulliel, who plays a young French soldier in Indochina (Southeast Asia) in 1945, whose warlike feelings are transformed after a meeting with a young Vietnamese woman (Lang Tran).
Contact: Alma Cinema

Treat Me Like Fire (Fr) - dir. Marie Monge
This first feature from French director Monge stars Tahar Rahim and Stacy Martin as a couple who develop a dangerous addiction to Paris’s underground gambling clubs. Monge’s 40-minute 2012 short Marseille By Night reaped prizes and plaudits, and her career trajectory shows no signs of dipping with Treat Me Like Fire (Joueurs), which was circled by several sales companies — Playtime partner Nicolas Brigaud-Robert admits he had “quite a battle to get it”.
Contact: Playtime

Lucia’s Grace (It) - dir. Gianni Zanasi
Fielding an A-list Italian cast, Zanasi’s latest — which closes Directors’ Fortnight — was lauded by Quinzaine head Edouard Waintrop as “a truly deranged comedy”, suggesting a return to the form of the unprolific director’s best film to date, 2007’s Don’t Think About It. It stars Alba Rohrwacher as a single-mother surveyor tussling with a problem of professional ethics — and a miraculous apparition.
Contact: The Match Factory

The Trouble With You (Fr) - dir. Pierre Salvadori
Canny French mainstreamer Salvadori has operated in a range of comic veins since 1993’s comedy thriller Wild Target. His new film is a crime-themed romcom starring Adele Haenel, who showed her comic skills in 2014 Directors’ Fortnight hit Love At First Fight. She plays a detective on the Riviera, who discovers her late husband, a revered local cop, was not the hero he seemed. Pio Marmai and Audrey Tautou co-star.
Contact: mk2 Films

The World Is Yours (Fr) - dir. Romain Gavras
Since his 2010 feature debut Our Day Will Come, Gavras has been busy helming music videos for the likes of M.I.A., Jay-Z and Kanye West. He returns to the big screen with a crime story that features Karim Leklou as a former drug dealer who plans to set up a business with the money he gave his mother for safekeeping. Unfortunately the money has long since disappeared. Isabelle Adjani and Vincent Cassel co-star.
Contact: Studiocanal