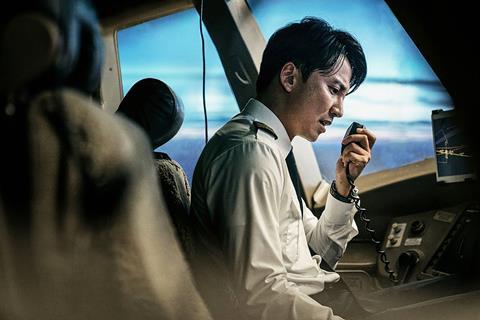 South Korea’s powerhouse film industry continues to produce titles such as Han Jae-rim’s disaster thriller Emergency Declaration, which plays here Out of Competition, and Hong Sangsoo’s In Front Of Your Face, the auteur filmmaker’s latest, which is in the new Cannes Premiere strand.

Dir. Han Jae-rim
Screening here Out of Competition, this disaster thriller from the director of local hits such as The King and The Face Reader portrays what happens when an aeroplane is forced to declare an emergency after a terrorist incident takes place mid-flight. The film stars Song Kang-ho (Parasite), Lee Byung-hun (The Good, The Bad, The Weird) and Jeon Do-yeon (Secret Sunshine) as a police detective, a man trying to overcome his fear of flying, and the transport minister, respectively. The film also stars Kim Nam-gil (Memoir Of A Murderer), Yim Si-wan (The Merciless), Kim So-jin (The Spy Gone North) and Park Hae-jun (Bring Me Home). Contact: Showbox

Dir. Hong Sangsoo
Director Hong, who won the 2010 Un Certain Regard prize with Hahaha, is no stranger to Cannes. He returns for the 11th time with his latest feature, which plays in the new Cannes Premiere section. The film stars Lee Hyeyoung, Cho Yunhee and Kwon Haehyo in the story of a woman harbouring a secret who returns to Korea to stay with her sister. There, she meets up for a drink with a much-younger director, whose project she has refused to join. Hong’s own Jeonwonsa Film produces. Contact: Finecut

Dirs. Oh Yoon-dong, Jung Su-yee
This immersive documentary about K-pop girl group Blackpink has been made for their fifth anniversary and includes interviews with its four members (Jisoo, Jennie, Rosé and Lisa) as well as live performances of their hits. Produced by CJ 4DPlex and presented by YG Entertainment, the film is set for local release on August 4. International sales are handled by kt alpha, formerly known as kth. Contact: Min-jeoung Kang, kt alpha

Bogota: City Of The Lost

Dir. Kim Seong-je
After making his feature debut with 2015’s The Unfair, Kim follows up with this criminal noir starring in-demand actor Song Joong-ki (Space Sweepers) as a young man who moves to Bogota in the 1990s with his family and works his way up to dominating the city’s black market. Also starring Lee Hee-jun (The Man Standing Next) and Kwon Hae-hyo (Peninsula), the film is being shot in Colombia and South Korea. Shin Bum-soo and Park Sung-il produce with Watermelon Pictures and Idio Plan. Contact: Megabox Plus M

Dir. Kim Yong Wan
Written by Train To Busan director Yeon Sang-ho, this undead-themed mystery thriller stars Uhm Ji Won (Master), Jeong Ji So (Parasite) and Jung Moon Sung. Following a brutal murder case, the police are baffled to find out the assailant, whose body was found at the scene with the victim, had already been dead for three months. An anonymous caller, who claims to be the true killer, announces that three more murders will occur at the hands of the undead. The film is set for local release on July 28. Contact: CJ Entertainment

Dir. Hwang In-ho
Hwang’s action drama stars Kim Rae-won (Crazy Romance) as a former naval commander who becomes the target of a terrorist, whose modus operandi is to use improvised explosives that react to a certain decibel. As he tries to stop the terrorist, the unforeseen consequences of a secret he left at sea resurfaces. Produced by Eastdream Synopex, the film is currently in production. Contact: Megabox Plus M

Dir. So Joon-moon
Starring veteran actress Goh Doo-shim and Ji Hyun-woo, this drama follows a documentary producer who visits Jeju Island to film a haenyeo — or ‘sea woman’ — who dives without breathing equipment for seaweed and shellfish. At first she strongly refuses to be filmed, but on realising how sincere he is, relents. Gradually they open up to each other and fall in love, despite their 40-year age gap. Contact: M-Line Distribution 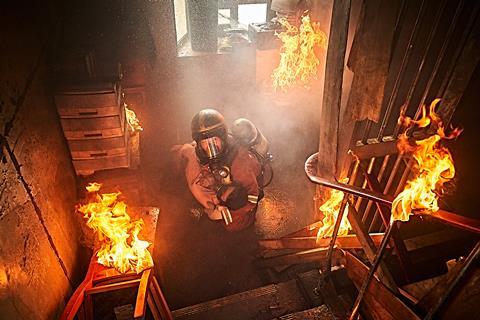 Dir. Kwak Kyung-taek
Based on a true event, Kwak Do-won (The Wailing) and Joo Won (Fatal Intuition) star in this firefighter drama from Kwak, whose last feature was 2019’s The Battle Of Jangsari. The story follows a new recruit to Seoul fire station who is sent on his first mission with a lionised veteran. Tensions between the two men fester when the experienced firefighter disobeys a withdrawal order that results in a girl’s life saved but also the death of a fellow fireman. Produced by Trinity Pictures and Acemaker Movieworks, the film is in post-production. Contact: Acemaker movieworks

Dir. Chang-geol Jeon
Action comedy Gangster Noodle stars Choi Sung-kook (Sex Is Zero) and Seong-Hwa Cho in the story of a gangster leader newly released from a 12-year prison term who sets up a kalguksu (handmade noodle) restaurant with his gang members. The film is currently in production. Contact: Jason Chae, Mirovision/Studio Bonanza

Dir Kim Min-sub
Kim’s horror thriller stars Song Chang-eui (Beyond The Mountain) and Song Young-gyu (Baseball Girl) in a story that takes place near Korea’s Demilitarized Zone (DMZ), where a deserter sets off a search operation that results in a series of deaths. Contact: Contents Panda

Dir. Lee Jung-jae
This espionage action film stars Lee Jung-jae (Deliver Us From Evil) and Jung Woo-sung (The King) and is the former’s directing debut. Inspired by a 1983 event known as the Rangoon Bombing in Burma (now Yangon in Myanmar) when South Korea’s then-president Chun Doo-hwan was targeted for assassination, the film follows two South Korean intelligence agents hunting for a mole in their organisation. Produced by Artist Studio and Sanai Pictures, the film is in production. Contact: Megabox Plus M

Kim Min-young Of The Report Card 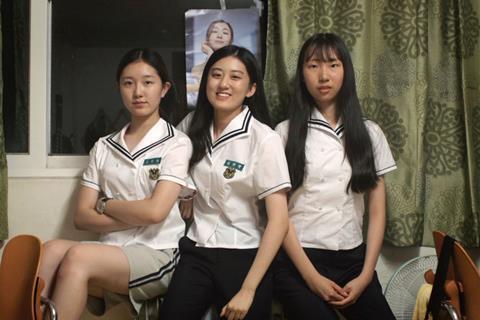 Kim Min-young Of The Report Card

Dirs. Lee Jae-eun, Lim Jisun
Winner of the Korean competition section at this year’s Jeonju International Film Festival, this drama follows three high-school students who end their poetry club to focus on college entrance exams. The next year, one of the girls invites one of the others to her place in Seoul. She is excited to spend time with her friend but it turns out the hostess is pre-occupied with sending emails to her professors to get her grades corrected. Kim Ju-a, Yoon Seo-young, Lim Jong-min and Son Da-hyeon star. Contact: M-Line Distribution

Dir. Kim Joo-hwan
Yoo Yeon-seok and Cha Tae-hyun star in this family drama from the director of The Divine Fury. When a young man proposes to the love of his life, he makes a terrible discovery — she is desperately allergic to his beloved golden retriever. Enlisting the help of his cousin, who has a large social-media following, the pair set out to find the dog a new home, travelling from Seoul to Jeju Island. The film is in post-production with a local release scheduled for Q3. Contact: Julie Sung, Little Big Pictures

Dir. Shin Yeon-Shick
Starring Song Kang-ho (Parasite), this comedy-drama follows an unsuccessful coach who meets up with a losing female volleyball team that needs only a single win for its owner to keep it going. Park Jeong-min, Park Myung-hoon and Jang Yoon-ju also star. Produced by Luz y Sonidos, the film is currently in post-production. Contact: K-Movie Entertainment

Dir. Chae Yeo-jun
Kim Min-seok, Wi Ha-jun and Jung Won-chang star in this film that follows a bullied teenager who is locked up at a juvenile detention centre after an accident. There he meets a mixed martial arts champion who helps him overcome his limitations. The film is presented by TVing, and produced by JTBC Studios (Studio Lululala) and Toyou’s Dream. Contact: Finecut