'Cronofobia' director on how mystery shopping inspired his debut feature

Swiss writer-director Francesco Rizzi had the initial idea for his debut feature Cronofobia - which had its international premiere at the Tallinn Black Nights Film Festival’s First Feature Competition this week - when he was working at weekends in a very unlikely line of business. 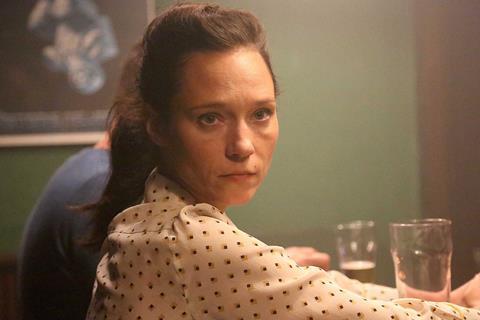 “The very first spark for this movie was a personal experience in the world of mystery shopping,” Rizzi explains. “Basically, you have to go incognito to inspect the quality of the service provided.”

At the time, Rizzi was at film school in Rome. Every weekend, he found himself driving around the city on a very tight schedule, visiting shops, restaurants, hotels and service stations, and pretending that he was someone else.

“They call it the sentinel effect because the employees know that somebody will come but they don’t know when and they don’t know who,” the director says. “For me, it was an interesting experience and I thought it was a great starting point for telling a story about suspended identity.”

In the film, the detective/mystery shopper figure (Vinicio Marchioni) becomes strangely obsessed with a woman (Sabine Timoteo) who is as aloof and enigmatic as himself. He follows her and inveigles his way into her life.

Yes, Rizzi says, the film has echoes of movies he loves, among them Francis Ford Coppola’s The Conversation, Florian Henckel von Donnersmarck’s The Lives Of Others and Krzysztof Kieslwoski’s A Short Film About Love. He adds that he also intended the film to have “a smell of lietrature” about it. Hermann Hesse’s Steppenwolf was one key influence.

“There was this feeling I wanted to explore, which I was feeling myself but which I think I shared with many people around me, which is a contradictory feeling. On the one side, I had the desire always to be in perpetual movement and to be open to change and not to be attached to anything - relationships or places,” the director states. “On the other side, there was the nostalgia for roots and the almost desperate need to commit or to attach to a place or a relationship. I think these two different and opposed feelings are in the characters.”

Rizzi graduated in Switzerland with a degree in Italian literature and history of art and then headed to Rome to study film directing. While in Italy, he co-founded a small production company, Interzone Visions, which made commercials and small documentaries. He also worked on the sets of several films, among them Matteo Garrone’s A Tale Of Tales, on which he was in the special effects department. Back in Switzerland, he won a writing contest for his treatment for Cronofobia and then set about financing and casting it.

The two lead actors are both well established figures. Marchioni is one of the starts of Italian TV hit, Romanzo Criminale. The director speaks of his quiet charisma and the sense he gives that he is always thinking several steps ahead. Sabine Timoteo is a revered figure in Swiss and German art house cinema. Rizzi didn’t let them spend much time together before shooting began because he wanted them to behave as if they really were strangers.

“For me, as a first time director, you find yourself in this strange condition where you’re the one with the least experience on set but you have to make the big decisions. They (the actors) were very humble and they really trusted me,” he recalls. “In this film, there is the idea of intimate distance. They really never get to know each other, these two characters.”

Cronofobia will be released in Switzerland at some stage next year by Cineworx. Rizzi and his producers Imagofilm are still looking for a sales agent but already have further festival invitations in the pipeline.

The film screens again in Tallinn this evening, November 30.