Csaba Kael, the new Hungarian Film Commissioner, on taking over from Andy Vajna

Agnes Havas has stepped down from her position as CEO of the Hungarian Film Fund. The departure of the long-serving executive, who stood down at the end of September, was confirmed by new Hungarian Film Commissioner Csaba Káel. 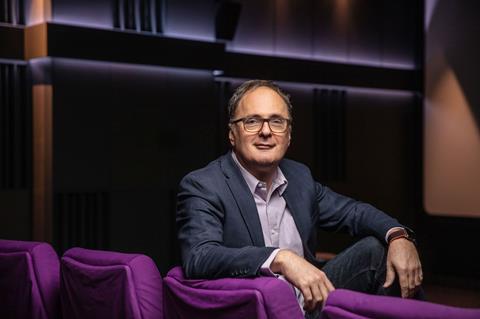 “Ákos Pál is the new CEO. He’s a manager from international business and he worked for years as a trustee of the Hungarian Film Fund so he knows the company well,” Káel told Screen.

Havas, 64, had been in her position since the fund was established in 2011 and has been involved in projects including László Nemes’ Oscar-winner Son Of Saul, which the fund championed from an early stage. Káel expects her to continue to collaborate on certain projects.

In an exclusive interview, Káel also revealed plans to expand the Mafilm Studio complex near Budapest with the addition of two new 22,000-sq-ft sound stages, to open within three years. Of the site’s three existing sound stages, the largest is 19,375-sq-feet.

The expansion has been set into motion in response to increasing demand both from large international productions and local films.

“We need more studio space. These [studios] are booked by the big international productions and there are not enough studios for the Hungarian productions,” said Káel, who is seeking both public and private backing for the venture.

Among international films and TV dramas to have shot in Hungary recently are Netflix productions The King and The Witcher starring Henry Cavill, and See-Saw Films’ The North Water starring Colin Farrell.

Káel started in his new role in September, taking over from former commissioner Andy Vajna who died in January. “Eight years ago, he [Vajna] started revitalising the Hungarian film industry. Now, I am the next person who has to continue this,” said Káel.

As nearby countries including Poland and Russia launch their own incentive schemes, the commissioner is pushing for the Hungarian film tax rebate (presently 30%) to be increased. “I try to push it, but it is always a big negotiation with the finance minister,” he said.

Another proposal he has is for Hungary to band together with other partners in the region to set up its own VoD platform. “We are looking for the best solution, whether it is better to join an existing platform or create our own one,” Káel commented.

Major new Hungarian features set to be launched early next year include István Szabó’s Final Report (Zárójelentés) and Ildikó Enyedi’s Story Of My Wife, adapted from the novel by Milán Füst and starring Lea Seydoux.

Káel is also general manager of Budapest’s Palace of Arts (MUPA), as well as a prolific opera director and filmmaker who has shot more than 600 commercials, multiple shorts and documentaries, and one feature (2002’s Bank Ban).