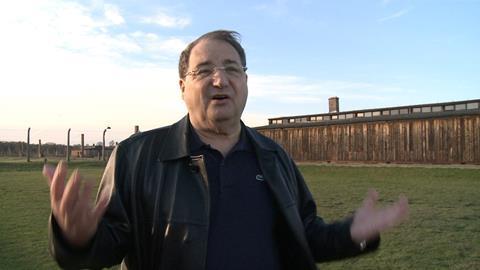 An ex-paratrooper in the Israeli army, Yoav Shamir is a master at obtaining access and used his previous, rather serious documentaries Checkpoint and 5 Days to question his government’s occupation of theWest Bank and Gaza, as well as its treatment of the Palestinians. He wisely adopts a lighter approach in Defamation, a well-researched but unapologetically subjective essay on contemporary anti-semitism.

Some of the potential Jewish audience will stay away from this polarising film, in which Shamir makes clear that he considers much of what is termed anti-semitic paranoid, occasionally funny and even a perhaps unnecessary justification for some guardians’ livelihood. Yet Defamation’s humorous tone, wide range of colourful locations, thorough roster of interviewees and relatively rapid pacing will appeal to festival and TV audiences, as well as perhaps some specialised theatres in international urban centres.

Of the proponents of what Shamir presents as a phobia about anti-Jewish feeling worldwide, Abe Foxman occupies centre stage. The cog behind the Anti-Defamation League (ADL), a Manhattan-based organisation whose sole purpose is to fight and prevent anti-semitism, and a concentration-camp survivor, Foxman, who opened up to Shamir and even took him along to meetings abroad with world leaders, becomes the film’s comic relief.

A smug, overbearing man, Foxman is irrationally fearful of what he considers hateful acts against Jews, but many of the incidents his office lists as such are about workers being denied a day off for the relatively minor holiday of Shavuoth, or a newspaper article which one woman considers to have anti-semitic overtones. Towards the end of the film, Shamir photographs Foxman against the barbed wire of a former concentration camp, the image strongly suggesting the impact of the Holocaust on the man and by extension many American Jews and the State of Israel itself where, several of the subjects concur, repressive official policy is a product of that genocide’s long shadow.

The most eccentric of those who support the latter view is Professor Norman Finkelstein who lost his job and was deported during a visit to Israel for his controversial views. He thinks Jews, especially in the US, have it very good, especially compared to other minority groups. He considers it ‘shameful [to use anti-semitism] when you have the world on a platter’.

Along the way Shamir visits Brooklyn and other American locales, Russia, Poland and Israel. He talks to rabbis, community leaders, his own grandmother and men and women on the street in order to present views from all sides. The most troubling sequences are those in which Foxman tells Ukraine’s leaders not to equate Stalin’s genocide, which resulted in the deaths of 11 million Ukrainians by starvation, with the Holocaust; and those showing Israeli teens visiting Auschwitz and other camps, moving scenes that are undercut by the accompanying propaganda: The world is anti-semitic, they are told by their teachers, who tell them not to associate with Jew-hating locals. In voiceover Shamir concludes, ‘Maybe it’s time to live in the present and look to the future.’