Denis Villeneuve delivers a harrowing child-abduction tale in Prisoners. He tells Jeremy Kay about the film’s complex morality and why Hugh Jackman was the right actor to play Keller Dover 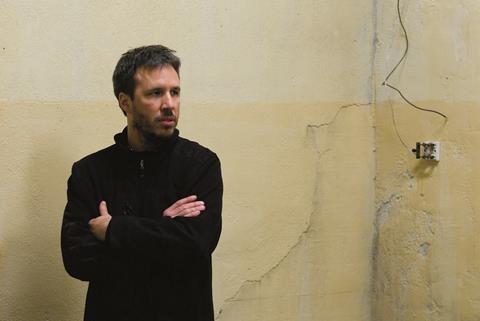 Denis Villeneuve chuckles when told his sunny disposition is surprising. Watch Prisoners or the Quebecois director’s Oscar-nominated Incendies or Polytechnique and you expect a grim encounter. The reality is far from that.

Those who know him say Villeneuve is a delight to work with. Bizarrely, September’s Toronto press conference following the official world premiere of the child-abduction thriller was at times a jolly affair. Star Hugh Jackman later tells Screen: “It’s amazing that someone so happy makes films that are so dark.”

Good humour aside, it is clear Villeneuve likes to keep one foot planted firmly in a shadowy storytelling hinterland. In a season chock-full of harrowing survival stories, Prisoners does not feel out of place, although a nuanced maturity and elegant expression of hope set it apart.

It was 2009 when Villeneuve first got his hands on Aaron Guzikowski’s screenplay about a God-fearing vigilante who coaxes his friends into appalled complicity as he tortures a young man to reveal the whereabouts of their kidnapped daughters.

“The screenplay has so many layers,” the director says down the phone from Canada one October morning. “People are happy to give up their moral ideals and follow a leader. When I read it I fell in love with it but I felt it was such a dark subject as I’d been working on two very dark movies,” says the Montreal-based director. He had just completed Polytechnique and was about to shoot Incendies, so he put the script to one side.

Once Incendies wrapped, Villeneuve’s thoughts returned to Prisoners. “I was still thinking about it, even after I’d read a few dozen other scripts — it was haunting me.”

He signed on with Andrew Kosove and Broderick Johnson’s Los Angeles-based finance and production company Alcon Entertainment, which had seen the likes of Leonardo DiCaprio, Christian Bale and Antoine Fuqua come and go on the project but were determined to get the film made.

“When I arrived there was nobody attached to it, so I had the chance to cast the movie with the producers,” Villeneuve says of his first English-language film and first US production.

Johnson hails from Atlanta and was keen to take advantage of Georgia’s state tax incentives but also believed the setting would be appropriate. “They offered me the choice of going where I wanted if I didn’t get what I wanted in Georgia,” says the director.

They visited the state. “In January, February and March it’s like a neverending Thanksgiving. It’s cloudy with a lot of rain but no snow.” The 60-day shoot got underway in early 2013 in the Atlanta locales of Stone Mountain and Conyers.

Villeneuve uses several superlatives when describing his experience on Prisoners and reserves one for the Alcon co-founders. “They were by far the best producers I’ve worked with,” he says. “They’re straightforward. They’re very honest and they stick to their word.

“The idea is to make great cinema. They protected me a lot and took decisions that allowed me to make the film I wanted to make.”

Prisoners is a shape-shifter that does not pull any punches. Part-procedural that pays homage to its genre roots and part-character study that asks bold questions about the nature of faith and love, it drew standing ovations from the industry and the public when it premiered in Telluride and Toronto.

To pull it off, Villeneuve and the producers had to find the right cast. The director says he could not have wished for better leads than Hugh Jackman as the tormented parent Keller Dover and Jake Gyllenhaal as Detective Loki, the enigmatic lawman with whom Dover forges a strange symbiosis.

“[Jackman] is a fantastic actor,” says the director. “He was willing to show an ugly side of his character. He’s very charismatic, so that’s what was so ambitious about choosing Hugh Jackman because we were aware people would want to follow him but that would take them into a moral conflict that was quite dark.”

While never gratuitous, the sequences that see Dover interrogate a mentally challenged man (Alex, played by Paul Dano), who is caught up in the investigation, make for difficult viewing. However Villeneuve insists they raise crucial questions in the post-9/11 era.

“What Keller Dover is doing is useless because… the information he gets doesn’t lead to the finding of the kids. That says something about torture — if you read the studies they say torture is ineffective and people say what they must because they don’t want to get hurt.”

Jackman counts himself among Villeneuve’s fans. “Since I’d seen Incendies, I knew he would pull it off. He reminds me of Christopher Nolan in that he’s very collaborative and definite in his vision. You get a great relaxation on set.

“He knows when to rein actors in and let’s face it, you don’t want to give too much rope to actors,” Jackman adds with a laugh. “He treads this line between [creating] something very interesting and layered as well as being pure entertainment.”

Villeneuve tweaked the script so the film could venture into darker places. “If you read the original screenplay, it’s the same story but the movie is closer to the inner world of Keller Dover and his inner moral conflict is present in the movie,” the director says.

This called for delicacy. “As a director I always feel like the best friend to the screenwriter. [Yet] I’m always inspired by actors and on set I like to improvise and the script was so precise that the window for improvisation was smaller.

“I try to be as faithful to the script as possible but I had to change things because images are always stronger than words, so I had to simplify some things. But I did it all with the approval of the screenwriter. I wanted to be sure this was Aaron’s Prisoners.”

The director kept the mood light between takes while maintaining control of the set. “There is a lot of concentration involved,” he says. “Cellphones were forbidden on set. I wanted everybody to be present, calm.

“There was a nice concentration level, but at the same time because everybody was concentrating there was a lightness, especially when Jake was there because he’s such a clown. He’s a very funny guy.”

Gyllenhaal goes toe-to-toe with Jackman and shrouds Loki in the mystery of a backstory we never uncover. That said, Villeneuve credits the actor with drawing out the humanity in a character that could have come across as merely a device. “Jake’s twitching is a great idea because we understand his character comes from a violent past.”

The emotional tone of the story meant there was no easy day during production, but Villeneuve had his “protectors” in Kosove and Johnson and another crucial collaborator — renowned cinematographer Roger Deakins.

“It was the first time [we worked together] and I hope to have the chance to do so again because it was the most beautiful cinematic experience of my life.

“It was like going back to film school. He’s a master but was willing to do my film. I felt I was protected; I owe him a lot. He brought so much strength and poetry to the film.

“It’s a very fine line that Roger and the actors and I were looking for. We wanted to show just the right amount of violence and the ugliness of this, but when it was necessary we didn’t want to be afraid of shooting the impact and the power of violence. Sometimes the perpetrators can be the victims.”

In this regard, the title of the film always struck Villeneuve as appropriate. “It has different meanings. In some ways the characters are all prisoners of their egos or neuroses or pasts and they are trapped in their own bubbles. It’s so accurate — every human being is struggling within their own walls.”

Now that the film has earned plaudits from critics and the public, Villeneuve wants to keep the momentum going in more ways than one. He has signed a two-year deal with Alcon and the partners are exploring follow-up projects.

In the broader landscape he has found two scripts, one of which might blossom into his next project. “For me, to write a movie takes quite long. I learned so much from directing Prisoners that I’d love to go behind the camera quickly next year.”

Will it be another dark story? “You cannot fight inspiration. When I look at my filmography, it’s as if these movies had been made by someone else — you cannot fight a river.”