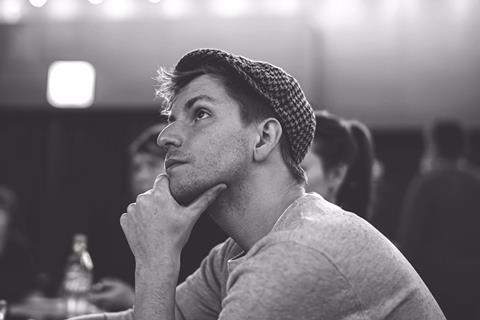 A hiking tour in the mountains of Georgia and reading German sociologist Hartmut Rosa’s 800-page tome Resonance: A Sociology of Our Relationship to the World provided Lars Rummel, coordinator and curator of DOK Leipzig’s dedicated XR space DOC Neuland, with the inspiration for this year’s extended reality (XR) exhibition Resonating Spaces (running 27-31 October).

The works selected for the exhibition, which was put together by Rummel with Marie Hinkelmann and Paula Gehrmann, deal with — among other things — the ambivalent relationship between open and closed systems, reconnecting with nature, and access to and exclusion from society.

“We had around 130 pieces to choose from, through me scouting through my own network and festivals as well as an open call for works,” Rummel explains. “This was then reduced to a shortlist of 20 and we finally selected nine for the exhibition.

“For me, the pioneering countries in this field at the moment are Canada, France, The Netherlands and the UK,” he adds. “But I also see a lot of activity from Chile and Brazil and, thanks to the initiative of Electric South [the non-profit organisation which collaborates with artists across Africa in emerging storytelling] there are more works coming from South Africa, Kenya and Nigeria.“

The 2020 line-up includes VR experiences from Chile (Hyphaby Natalia Cabrera) and Brazil/Peru (Gravity VR by Fabito Rychter and Amir Admoni); a 360 degree film from the UK (Gimme Oneby Montague FitzGerald); and a sound installation from Germany (The Droner by Karl Russell).

For the sixth year running, the exhibition will be staged at Leipzig’s Museum of Fine Arts (MdbK) but, for the first time, individual works will also be presented at three additional locations throughout the city: the Grassi Museum of Ethnology, in the INTERIM of the Cinémathèqueand in the foyer of the Schaubühne Lindenfels.

“We had been discussing the idea of taking in more venues for the exhibition even before the pandemic started,“ Rummel recalls. “The hygiene precautions mean that we can only have 20 people at one time in the main exhibition hall [at the MdbK], even though it is quite large at 350 square metres. Moreover, some people are concerned about being in crowded spaces because there was a high demand to visit the VR exhibition in previous years. So it is good that they will now have other venues where it is not so busy.

“It was a really tough decision not to put the exhibition online as well,“ he admits. “But it then came down to the question: who are we making these exhibitions for? For the professionals who are in the bubble anyway, and know the pieces, or for the people living in Leipzig or those who can come to Leipzig? We decided to do it for the audience in Leipzig.“

Meanwhile, the XR conference at DOK Exchange – which is staged under the umbrella of the DOK Industry Programme – is being held online (on October 29) via ZOOM, and will enable international guests unable to visit the DOK Neuland exhibition to connect with some of the artists whose work is on show in Leipzig.

“The event will be open to accredited festival guests as well as people who don’t have accreditation, so long as they register beforehand. We want to keep the number of those attending restricted,” Rummel explains. “The key to DOK Exchange is to make it a conversation. We don’t just have Q&As after each keynote, but rather want to invite people to really comment on what they have heard and to share their thoughts and experiences.“

Moderated by Bristol-based interdisciplinary artist Rob Eagle and Dok industry director Brigid O’Shea, the conference will address issues as diverse as immersive storytelling and the science of magic, the potential and challenges of immersive theatre, and the use of VR to reconnect people and nature. A keynote by UK producer Harry Silverlock will see him joined by Diva Miyake-Mugler, the protagonist of the 360 film Gimme One and known as the First Lady of The London Ballroom Scene and The Queen of Oldway Performance, to discuss the film’s theme of working with communities.