From teen drama to real-life scandals to crime stories, the EFM line-up of Korean projects is rich picking for buyers. 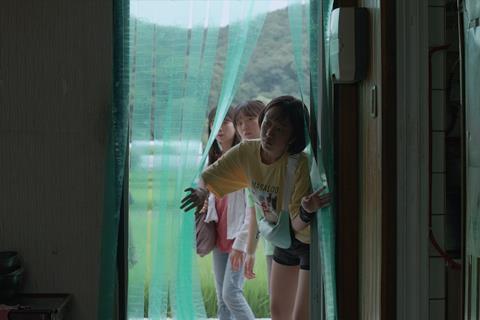 Like most territories in 2020, South Korea suffered a depressed year at the local box office with admissions falling nearly 74% due to the Covid-19 pandemic. But the Korean film industry has continued to develop and produce new projects, and Korean sellers are participating in the Berlinale and EFM with a slate of films led by Berlin favourite Hong Sangsoo’s drama Introduction in Competition and a range of fresh market titles including crime drama The Policeman’s Lineage starring Cho Jin-woong (The Handmaiden) and Choi Woo-shik (Parasite) and Speed-like thriller Hard Hit.

Dir. Jéro Yun
An international premiere in Generation 14plus, Fighter had its world premiere at last year’s Busan International Film Festival where it picked up an actress prize for Lim Seong-mi (My Punch-Drunk Boxer). The film follows a refugee from North Korea as she struggles against discrimination and tries to make enough money to bring her father south. A cleaning job in a boxing gym ends up changing her life. Baek Seo-bin, Oh Kwang-rok and Lee Seung-yeon also feature. Contact: M-Line Distribution

Dirs. Kwon Min-pyo, Seo Hansol
After its world premiere at Busan 2020, Kwon and Seo’s feature debut is making its international premiere in Generation Kplus. Seol Si-yeon, Bae Yeon-woo, Park So-jung and Han Song-hee star as a group of schoolgirls given an old-fashioned analogue camera and the summer holiday assignment to “take pictures of the end of the world”. They catch a subway train to the outskirts of Seoul, snapping shots and sharing thoughts. Contact: M-Line Distribution

Dir. Chung Ji-young
From the director of Black Money and Unbowed, this crime drama based on a true story of wrongful conviction stars Sul Kyung-gu (Memoir Of A Murderer), Yu Jun-sang (The Target) and Jin Kyung (Beasts Clawing At Straws). In 1999, an old woman is murdered in her grocery shop and three neighbourhood teenage boys are arrested. A detective receives a tip that they are innocent and tries to solve the case, but instead is compelled to leave the police force. Fifteen years later, he is approached by the trio asking for his help again. The film is now in post-production. Contact: CJ Entertainment

Dir. Paek Seung-hwan
Paek’s romantic drama stars K-pop star Bae Ju-hyun, Shin Seung-ho and Jung Young-joo in the story of a talented Korean wrestler who has given up on his dream to get a ‘real’ job. He encounters a woman working at a burger restaurant who dreams of being an anchorwoman, and the two form a special relationship filled with food, comfort and encouragement. Contact: Hana Choi, kth

Dir. Kim Changju
Jo Woojin (Default) and Ji Changwook (Fabricated City) star in this thriller in which a bank manager sets off to work on an ordinary day with his kids in the car to drop off at school. He finds himself in a deadly situation when a phone call tells him a bomb has been set in the vehicle and will explode if anyone gets out. Reality hits home when he sees a colleague in the same situation blown up. Hard Hit is now in post-production. Contact: CJ Entertainment

Dir. Choi Jae-hoon
Starring David Lee (Svaha: The Sixth Finger) and Johyun from K-pop group Berry Good, Choi’s horror film follows a college student and his friends who turn to hypnosis to recover their lost childhood memories, and subsequently find strange things happening to them. Now in post, the film was produced by The Friday Pictures, Jcustom Group and Smile Ent. A spring release is planned in Korea. Contact: Contents Panda

Dir. Lee Ji-won
Lee’s feature debut is based on a popular web comic about a boy with an ailing mother and a busy father. When his mother’s condition worsens and she is transferred to a faraway hospital, the boy worries he will never see her again so sets out with his friends to find her. Lee Kyung-hoon (Beyond The Mountain), Yoon Kyung-ho (Honest Candidate), Lee Sang-hee (Another Child), Hong Jung-min, Park Ye-chan (Oh! My Gran), Ock Ye-rin (Champion) and Park Si-wan (TV’s Find Me In Your Memory) star in the film, which is in post. Contact: Finecut

Dir. Lee Kyu-man
This crime drama from the director of Wide Awake stars Cho Jin-woong (The Handmaiden) and Choi Woo-shik (Parasite) as two very different policemen handling a big case that is shaking the police force to its core. One officer — whose family has been in the force for generations and has strict ethical beliefs — is secretly tasked with investigating the other, who will employ any means necessary to capture criminals. Produced by Leeyang Film (Mr. Zoo: The Missing VIP), the film is in post-production targeting a 2021 local release. Contact: Contents Panda

Dir. Lee Il-hyung
This Korean remake of Atom Egoyan’s 2015 film about a Nazi hunter stars Lee Sung-min (The Man Standing Next) as an octogenarian ex-soldier with dementia who sets out to take vengeance on pro-Japanese collaborators he believes were responsible for the deaths of his family during the occupation. Nam Joo-hyuk (Josée) plays an innocent man who is swept up in events, and has to prove his own innocence when he is suspected of murder. Yoon Jong-bin’s Moonlight Film (A Violent Prosecutor, TheSpy Gone North) is producing. Contact: Acemaker movieworks

Tomb Of The River 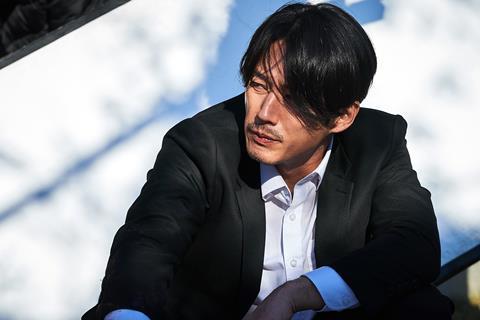 ‘Tomb Of The River’

Dir. Cho Yong-sun
From the director of No Breathing, this film is based on the true events of a massive humidifier disinfectant scandal in Korea that caused at least 1,600 deaths (but presumed to be as high as 14,000) and affected more than 670,000 people. Kim Sang-kyung (Hahaha), Lee Sun-bin (Mission: Possible) and Yoon Kyung-ho (Start-up) star in the story of an ER doctor’s investigation into his wife’s sudden death as several victims fight a corporate Goliath to uncover the truth. Produced by Masterone Entertainment and The Contents On, the film is in post-production. Contact: Finecut

Dir. Park Dae-min
Park’s crime action film stars Park So-dam (Parasite) and Song Sae-byeock (A Girl At My Door). A junkyard employee — secretly working as a deliverywoman who handles “everything the post office service does not” — is asked to pick up a client involved in a gambling crime who wants to flee overseas. But his young son shows up instead and they are forced to go on the run together. Produced by M Pictures (Seondal: The Man Who Sells The River), the film is in post-production and planning a 2021 release. Contact: Contents Panda

Dir. Lee Hwan
Lee’s second film contains characters from his controversial feature debut Park Hwa-young, and stars Lee Yu-mi, Ahn Hee-yeon from K-pop group EXID, the director himself and Shin Haet-bit in a story about a group of destitute teenagers trying to help one of their own terminate her pregnancy. Planned for local release in April, the film won the Directors’ Guild of Korea Megabox Award and the kth award at Busan International Film Festival last year. Contact: Julie Sung, Little Big Pictures