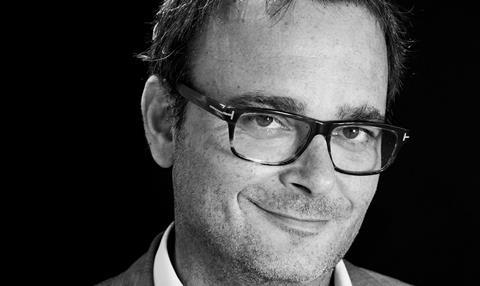 The prolific producer is credited on 16 movies last year alone.

In a wide ranging conversation, the executive touched on funding models, Netflix, the UK’s arthouse scene and his upcoming projects.

You recently moderated a panel at Karlovy Vary called ‘Beyond Public Film Funding’, what did you talk about?

We are discussing what I call ‘connecting to reality’. Rather than always complaining, we should face the reality, by saying for example that one third of the budget should come from pre-sales, one third from government and one third from I don’t know where. Let’s change the rules now, rather than when we have no choice.

It’s easier at the beginning to use private money, it makes things easier and quicker. I would say you can save one year in development by putting the money in up front, by not going through the whole process of asking [the state] for money. You can save one year for the director.

How do you like to work with private investors?

With first timers, the first question I ask is ‘why the hell do you want to invest in the movie business, don’t do it!’ I ask what their precise objective is when they money in.  Each of us has one – ‘I want my son to do training with you’, ‘I want to be in a movie’, ‘to do red carpet’ or ‘I want to make my money back’.

The first thing I also do with new investors is ask them to put money in for distribution, because you’re the last in, so you can see the movie, I can tell you if we’re going to a festival, going to the Oscars. It’s less risky and you perhaps understand a bit more how it works, I would rather do that than just accept money [from people] who want to do red carpet. That’s not how I want to do it.

Is dependence on state money hurting the industry?

It’s a problem in certain countries because some production companies are just presenting projects to have the state money and make their 20 per cent, they make their own company run just for that. Perhaps they don’t take a project that they’ve fallen in love with.

They don’t spend enough time on writing, which I think is just one of the major problems now, taking the time to be sure the story is perfect and the script is perfect because they need to provide the finished product by a certain date.

Perhaps also distribution should be different. We have this huge conversation with Netflix, for me they are partners and competitors at the same time. Again, its new and the business should face it, sit together and come up with ideas. We have to rethink the whole thing.

What has been the impact of Netfix and Amazon for you?

I am working with them [Netflix], I have a big project with them, for big money. They really help. It’s amazing working with them. The production is massive and it’s amazing, perhaps too much. At what levels should we say ‘you don’t have the right to do your movies?’ Who are we to say that? You have to adapt our industry, don’t stay here and don’t complain.

Why do you think the arthouse sector struggles in the UK?

Arthouse has always been a problem in the UK but the question is more about distribution. Should you wait for the movie to be distributed in all the other countries in Europe to try to help the thing or should you go at the same time?

For my Life As A Zucchini we’re releasing now and we’re going to go for a Bafta next year, which means we’re losing all the Oscar award season buzz. It’s okay. It’s a choice. Also, it costs a lot to distribute something well in the UK market, so it’s very difficult.

You quickly went from being a novice to working with some of the best directors in Europe, including Paul Verhoeven, Maren Ade and Kleber Mendonça Filho. How?

I love them, I take my job very professionally. Perhaps the only question I ask them is what can I do for you? There is a big difference in the US and Europe. In Europe people when you have success are jealous, in the US people say ‘congrats – how can we work together’?  I work with passion and love.

I’m not pushing. You meet with people, you go along and suddenly one day it’s like ‘let’s work together’. I was a movie journalist 20 years ago and I kept my contacts. Its long term even if its suddenly ‘boom’.

How involved are you in every project?

Let’s face it and don’t lie, I’m not producing seven movies a year, it’s not possible. I’m producing two-year a year. I’m reading synopses, I’m not reading unsolicited scripts. If I like the synopsis I’ll ask for more. I love to be implicated from the beginning, in terms of the IP, buying books and so on, I love to package the project, creatively I’m working on script a lot.

I’m not an executive producer, it’s not something I’m very fond off. I think some people do it better than me, so let them do it. Once it’s packaged, if you see me on set it means something is wrong. You don’t want to see me on set!

Then I’d rather focus on the strategy part, awards season stuff. For example, today is the official deadline for the Swiss entry for best foreign language [at the Oscars]. From the beginning, this is my strategy. I try not to pick two movies from the same country for the same year.

Cannes is also a priority because you have all the press, all the buyers, everyone there, you have to be there. On the other hand, you have to know from the beginning that Cannes can make a movie but it can also destroy a movie.

Every year, if you have Cannes and the award season it gives you an awareness and a resonance that you will never have even if you try and pay for it and anyway we don’t have the budget to pay for that. A nomination at the Golden globes or the Oscars is huge.

Would you like to get more into high-end TV?

I have TV projects, but I’m working more only on creative and packaging, I will let other people do the rest. With film, I like the fact I can work with someone for two-three years on a project and then I can go on another one.

How is Paul Verhoeven’s Blessed Virgin coming along?

It’s going well. We’re preparing and shooting is planned for the beginning of next year.

How would you sum up the film?

When is Lucrecia Martel’s Zama coming out?

You can expect it soon. The cut is ready, we have been working on the cut during the summer and now we are ready and DCPs and going here and there.