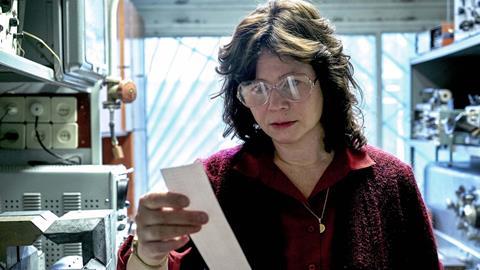 Emmys 2019: Bringing 'Chernobyl' to the small screen - "It's like a monster film"

April 25, 1986 is a date etched in history. In the middle of the night, a series of fundamental errors resulted in the explosion of reactor number four at Chernobyl nuclear power station, near Pripyat in northern Ukraine. While the fire raged and radiation soared into the sky, the failure of the Soviet Union government to acknowledge the true scale of the disaster led to catastrophic delays. Eventually, an estimated 75,000 people were drafted in to help with the cleanup, not understanding what they were walking into.

Even today, with the benefit of informed hindsight, it is difficult to comprehend the magnitude of what happened at Chernobyl. While a 1,000-square-mile exclusion zone has been in effect since the immediate aftermath, radiation sickness, cancer and other related diseases continue to plague nearby populations. A steel casing installed over the reactor in 2018 will need to be replaced in 100 years, and the site will not be considered safe for more than 25,000 years.

For the team behind Chernobyl, the first full co-production between HBO and Sky Television following a $250m agreement struck in 2017, this desire to tell the human story of the world’s worst nuclear disaster was at the heart of a project that is being lauded as much for its meticulous attention to detail as its involving narrative and a cast that includes Stellan Skarsgard, Jared Harris, Jessie Buckley, Barry Keoghan and David Dencik.

“Craig [Mazin, the show’s creator and writer] wanted to make sure it wasn’t just about the night of the explosion,” says executive producer and Sister Pictures CEO Jane Featherstone. “What he really wanted to do was look at the story from different points of view, and get under the skin of what it was like to be the people who were tasked with clearing up this mess.”

During the five-plus years it took to bring Chernobyl to the screen, the responsibility of giving a voice to those individuals has remained the key creative impetus. A phenomenal amount of research has gone into the project, including time spent at Chernobyl’s sister site, the now-decommissioned Lithuanian nuclear power plant Ignalina — where much of the show ended up being shot, alongside locations and sets in Lithuania and Ukraine — and speaking to those who have been affected by the disaster. “Every decision was made with them in mind,” Featherstone says. “We had to find the right balance between honouring and respecting their story, and getting as many people as we could to watch this as a piece of drama. 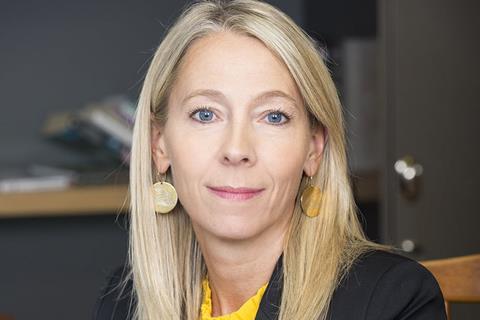 “Craig really took the human angle,” continues Featherstone of Mazin’s approach of focusing on different individuals in each episode, from the firefighters who contained the initial blaze to the miners who worked to stop the radiation seeping into the ground and the men conscripted to kill the animals that remained in the exclusion zone. “The truth was so profound itself that we didn’t have to do very much to make it compelling as a piece of drama.”

While most of Chernobyl’s narrative elements are real, Mazin has dramatised some sequences and individuals, speaking openly about his writing process on social media and on an accompanying podcast. One fictional character is Ulana Khomyuk, a Belarusian nuclear physicist intended to be an amalgamation of all of the scientists who worked to understand what happened at Chernobyl, and stop it happening again.

“It was astonishing to read about the incredible heroism that took place, but also the appalling realisation there wasn’t the political will to accept the fact it was happening,” says UK actress Emily Watson, who plays the physicist. “You realise that state control actually contributed to this accident [a potential fault in the reactor was known to government scientists, but not disclosed to nuclear engineers]. That was staggering.”

While Watson and her co-stars speak in English - a decision hard-wrought by the production team who decided that a common language would keep focus on the story as well as extend the international reach of the drama — they had movement training in order to help them inhabit their Eastern European characters. For Watson, that meant letting go of her “inherent Englishness”.

“It’s about finding a shift in your centre of gravity,” she says. “When you’re playing roles set in English or American culture, the writing trends towards people being demonstrative and emotional. This wasn’t that. It’s a very different place from the culture of the individual. So I didn’t want her to be naturally empathetic and receptive, which is my default screen presence. I found that quite tough at first, but Johan [Renck, director of all five episodes] really pushed me.”

Watson says the sheer level of authentic period detail helped her feel a connection to Chernobyl. It is an immersive tone that Featherstone credits not only to the fact every department, from production design to visual effects, undertook extensive research but also to Renck’s “visionary approach”.

“The fact he is Swedish meant he felt a real connection to the material,” says Featherstone. “Sweden was the first country outside the Soviet Union to identify this was happening, and one of the countries most affected. It’s an unknowable beast, this radiation, it’s like a monster film in some ways. And his way of not looking at things through the familiar lens was really important.”

For Watson, as well as being an enlightening history lesson, Chernobyl is also a cautionary tale. “An urgent part of this story is how we are treating our planet,” she says. “I hope it makes people thoughtful about the relationship between energy and politics, the control of information. And that we start listening to the scientists who tell us we’ve got 10 years to sort our shit out.”

Featherstone shares those sentiments. The veteran producer of shows including Broadchurch, The Split and upcoming Japan-set crime drama Giri/Haji says that while both HBO and Sky were supportive in realising the ambition of Chernobyl — one of the largest productions to come out of Europe in recent years — television shows have a responsibility to connect with audiences whatever their size or budget.

“The things audiences are responding to with Chernobyl are the intimacy, the human stories,” she says. “Of course, the background scale is enormous, and the story of Chernobyl earned the right to be at that scale, but you can’t just keep getting bigger. You have to remember the intimate relationship you’ve got with that TV screen in the corner.”