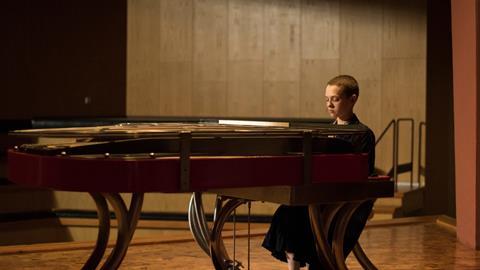 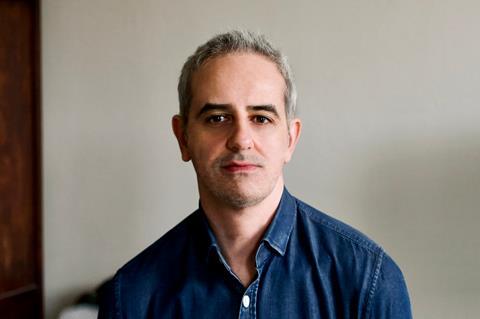 You won’t hear any klezmer clichés in the score for the hit Netflix series Unorthodox, about a young woman who flees her arranged marriage in a Hasidic Jewish community in New York to pursue her love of music — and a freer life — in Berlin.

That’s one reason that composer Antonio Gambale, born in Australia and based in Paris, wanted to take on the series. “If they wanted traditional Jewish music [for the score], I might have said, ‘I’m not right for this.’ But that’s the opposite of what the team wanted. The show was always going to use authentic Jewish music as the licensed music, like at the wedding, so there was no need to ape that style of music in the score.”

Gambale, who has composing credits on the films Stung and Joe Cinque’s Consolation and was part of the music teams for TV series Midnight Sun, Transporter: The Series and Taxi Brooklyn, now has two Primetime Emmy nominations for his work on Unorthodox, with nods for outstanding main title theme music and outstanding music composition for a limited series.

The key creatives he worked with – showrunner and co-creator Anna Winger, producer and co- writer Alexa Karolinski, director Maria Schrader and music supervisor Sabine Steyer-Violet – also wanted to signal that this was a drama that could appeal to a wide audience, and not just for viewers who knew a lot about Orthodox Judaism.

“The show is young, it’s dynamic, the messages in it are much broader,” Gambale says. “They wanted it to be contemporary.” As such, the score “had to sit shoulder to shoulder with the Jewish music and the classical music that is used the story.”

Another early key decision was to make the score more theme-based around each principal character. For the lead character of Esther ‘Esty’ Shapiro (played by Shira Haas), he started writing her theme on piano just to discover the melody and harmony, and built it up from there.

“One of the clichés of klezmer is that it is very expressive violin,” says Gambale. “So I thought we should do string sounds that have no vibrato, more baroque. It has a haunting quality.”

Like Esty herself, Gambale wanted that theme to have a “chest-hitting emotion in a poker face kind of way – there is a kind of bottled-up emotion. There are also some scratchy aspects of the strings giving it a fragility.”

He sometimes used the instruments in “non-traditional ways”, for instance scraping cello strings below the bridge to make it sound more experimental. “It’s more like an effect or texture than a sound,” he explains. “It gives you this unsettling feeling.”

The theme for Esty’s husband Yanky (Amit Rahav) was unsettling in a different way. “Yanky’s theme is a bit more awkward, it’s less affirmed, because he’s less affirmed in his thinking.”

The composer didn’t want to fall into the trap of typical ‘bad guy’ music: “It was important we never paint him as a villain.”

One workflow decision that helped the whole team was to not use any temp music during the editing process. That’s quite an unusual step but it was important to Winger, and Gambale was grateful for that way of working.

“When you have temp music plucked from all over the place, it’s hard to make it all have its own internal logic,” he says. Instead, Gambale composed before and during the shoot, and then tweaked the score after he had seen the finished scenes.

This approach, he says, allowed him to showcase Haas’ powerful performance as Esty as he finished the score. “A performances tells you immediately what the emotional arc is.”

Some elements of the score during the later episodes, or indeed the title theme, are quite energetic. “This story is a chase at a fundamental level, but I had to treat the action of the story in a way that didn’t feel like an action movie,” he adds.

Composers who have inspired him include the likes of Philip Glass, Max Richter and Michael Nyman, and Gambale hopes that the Unorthodox score avoids being melodramatic and manipulative.

“We wanted to avoid the kind of score that tells you what to think, and instead have music that just makes you think. It’s bittersweet and nuanced just like the story.”