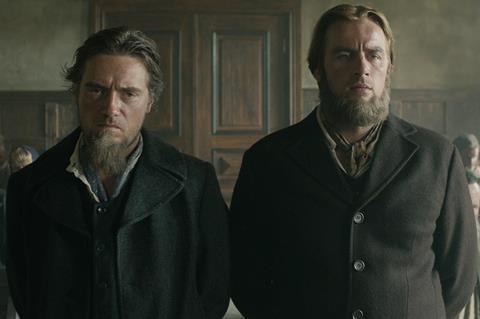 Tanel Toom is the filmmaker behind a genuine phenomenon in the history of Estonian cinema.

His feature directorial debut, Truth And Justice, broke all box records when it was released domestically this spring, recording more than 267,000 admissions and beating previous record-holder Avatar, which had 194,000 admissions. For a country with a population of just 1.3 million, it represents a huge homegrown hit.

Based on a 1926 novel by Anton Hansen Tammsaare, the film centres on a feud between two farmers in the late 19th century and spans 24 years of rivalries and relationships.

The popularity of the film can be partly attributed to the fact that virtually everyone in Estonia is familiar with the book, which has long been taught in schools. But, at 550-pages, it is an intimidating read and some students avoid it – Toom included.

Sat in the Tallinn edit suite where the film was cut together, the 37-year-old director told Screen: “I snuck out of reading it at school but felt this great embarrassment so ended up carrying the book around for 10 years, only getting to it when I left Estonia and was studying at the NFTS in London.

“I vividly remember, when I finished the book, I knew I wanted to write the script and make it into a movie.”

He called producer Ivo Felt at Tallinn-based production company Allfilm to discuss the project but both realised it would be too expensive to finance. A year later, in 2012, the Estonian 100 film competition was launched, funding up to seven features that would mark the centenary of the country’s founding as an independent state.

As a staple of Estonian literature, the project was the perfect candidate and secured a budget of €2.5m from the state – making it one of the most expensive productions in the country’s history. 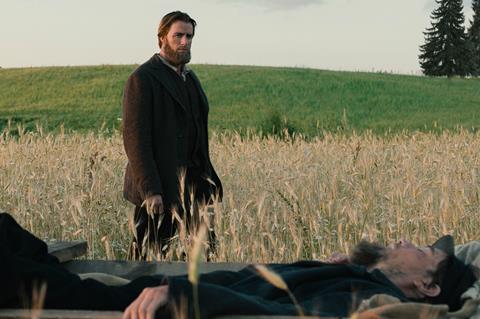 The hunt was on to cast the two main characters of Andres and Pearu. Even Estonians who have avoided the book are aware of these characters so Toom “knew it would be complicated to cast these iconic roles”.

After pairing actors in multiple chemistry tests, the relatively unknown Priit Loog was cast as Andres, who starts out as the larger-than-life hero of the story. “It helped having someone who wasn’t so well-known so the audience wouldn’t have any preconceptions about him,” says Toom.

The role of the more wiry, cunning Pearu was won by Priit Võigemast. “There were other candidates for that role who were really good, but Priit has this danger about him that makes him an equal partner opposite Andres.”

Although the protagonist’s two farms are based around the one fictional location of Robber’s Rise, the film shot in 24 locations throughout the whole country and was stitched together to look as one. Several of the locations were in the southern Estonian region of Vaste-Roosa on the Latvian border, where the characters homes were built (they remain standing and have been turned into a museum).

Shooting totalled 75 days spread across April 2017 to August 2018, providing the different seasons crucial to the telling of the story. One night-shoot saw temperatures drop to -25C, freezing the crew’s equipment, while tractors were required to pull camera trucks out of the mud as the production was punished by the elements. 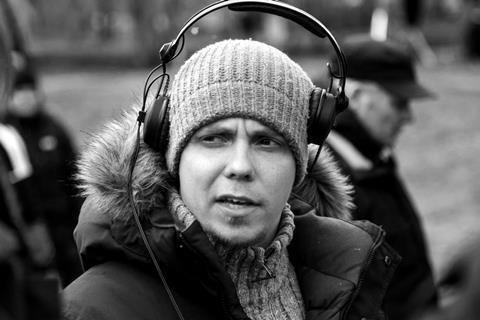 The hard work paid off and the film proved a critical and box office hit when it was released as the last of the Estonia 100 titles on February 20, shortly before the February 24 anniversary.

“Everyone was talking about it,” reflects Toom. “I think it connected with the audience because they recognised themselves in it, this very Estonian approach of not expressing feelings or saying sorry when you should. I’ve had extremely moving letters from complete strangers, which never happens.”

Estonia has selected the film as its entry for the best international feature film category at the 2020 Oscars. It is territory familiar to producer Ivo Felt of Allfilm, who was a co-producer of Zaza Urushadze’s Oscar-nominated Tangerines in 2014.

Toom was also Oscar-nominated in the best live action short category at the Academy Awards in 2011 with The Confession. “I’m very happy our film was selected and we’re doing out small campaign now. It’s an honour,” says Toom, who is preparing a trip to Los Angeles to screen the film.

Following its international premiere in Busan in October, Truth and Justice returned home to Tallinn in November to screen at the Black Nights Film Festival. More festivals are being lined up for 2020 and a sales agent is being sought to secure international distribution.

Next up for Toom is Gateway 6, a long-gestating sci-fi project that was meant to be his first feature. The English-language feature will shoot in Estonia next year with an international cast including Olga Kurylenko and Leo Suter. The UK-Estonia-German co-production includes Allfilm, Germany’s Kick Film and the UK’s Sentinel Entertainment and Stigma Films.

Set on a military outpost in the middle of an ocean, it will provide contrast to the vast swathes of land seen in Truth And Justice. Toom adds that, although he grew up watching American films, “the work of [Andrei] Tarkovsky and [Ingmar] Bergman naturally runs through my veins. It makes for quite a mix.”