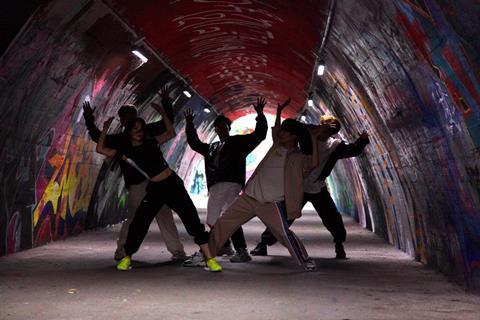 Hong Kong Filmart is an almost seamless continuation of meetings for South Korean sales agents following what was for them a busy European Film Market in early March. This year’s online Filmart atmosphere is bolstered in particular by the potential thawing of mainland China’s freeze on Korean content along with the upcoming 30th anniversary of China-South Korea diplomatic relations next year.

Korean companies are bringing diversified content such as Korea Telecom-affiliate kth’s Turn: The Street, a hybrid being sold in two versions – as a theatrical feature film and re-edited as a TV series, Finecut’s family comedy Stellar, Contents Panda’s horror film The Night Shift and M-Line Distribution’s gay romance comedy Made On The Rooftop.

Dir. Cho Sung-kyu
From the director of Remarriage Skills, this drama film stars Nam Bo-ra (Dad For Rent) and Hyuk from K-pop group VIXX. A young man who has been struggling for years to pass the civil servant exam in order to get job stability happens to encounter and help out a young woman who, despite having been a public servant herself, quit and became a patissiere, setting up a small bakery. Soon, he is spending more time with her making bread in her studio than studying for the exam. Contact: Jason Chae, Mirovision/Studio Bonanza

Made On The Rooftop

Dir. Kim Jho Gwang-soo
Starring Lee Hong-nae and Jung Whee, this romantic comedy was the closing film of last year’s Seoul International Pride Film Festival as well as in the Festival Choice section of Seoul Independent Film Festival 2020. With nowhere else to go after a break-up, Haneul moves in to his friend Bongsik’s place while still trying to get back together with his ex. Although a well-known streaming celebrity who always looks happy in his videos, Bongsik himself also has trouble being in a serious relationship. And then when Haneul’s ex gets into a car accident, he has to take care of Ari, the cat they used to raise together. Set for local release in the third quarter of the year. Contact: M-Line Distribution

Dir. Oh Yoon-dong
On the 10th anniversary of Monte Cristo, the stage musical of love, betrayal and revenge starring singers Kai and Lina, this film version was shot to be experienced in cinemas - particularly in 4DX (which enhances on-screen visuals with synchronized motion seats and environmental effects such as water, wind, fog, scent and snow) but also in 2D with close-ups and bird’s eye views of scenes with 3D sound. Produced and distributed by CJ 4DPLEX, the film is set for local release March 31. Contact: Hana Choi, kth

Dir. Jo Ba-reun
This horror film, starring Sung Joon (The Villainess), Kim Hong-pa (The Beast) and Kim Bo-ra (TV’s Sky Castle), follows a web comic artist who visits a small deserted mansion outside Seoul to get some ideas for work. While in the area, the manager there tells him suspicious stories and he sees and hears strange things, but is still unconsciously pulled deeper into the eerie place. Produced by MCMC (Tazza: One Eyed Jack) and Studio Sky, the film is in post-production with aims for a local release later this year. Contact: Contents Panda

Dir. Jung Hayong
Black comedy starring Choi Yitae and Jung Yirang, where a TV show producer and programme guests gather with a shaman at an abandoned church located on a remote mountainside notorious for frequent supernatural manifestations. They are there “to uncover the true identity of the alleged ghost” but as they go through a series of weird events, unknown crowds of people start to turn up in queues as if meant to be there and little by little, their reality is unveiled. The film is aiming for local release in the second quarter of this year. Contact: Jason Chae, Mirovision/Studio Bonanza 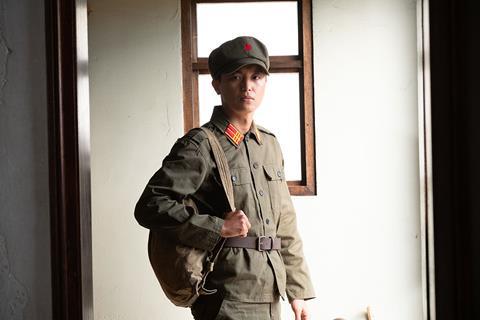 Dir. Jang Cheol-soo
Secretly Greatly and Bedevilled director Jang’s latest film stars Yeon Yoo-jin (The Table) and Jee An (Deep Trap) in a melodrama about an ambitious young man who has just joined the army and is thrown into conflict when he is attracted to the young, beautiful wife of his division commander. Produced by Leopard Film, Serve The People is in post-production with plans for local release later this year. Contact: Contents Panda

Dir. Kwon Soo-kyung
From the director of My Annoying Brother and Barefoot Ki-Bong, this fantasy comedy drama stars Son Ho-jun and Lee Kyu-hyung - best known from hit TV series Reply 1994 and Prison Playbook, respectively. Young-bae (Son) is an ace in the car loan industry who is forced to go on the run in his recently deceased father’s wacky beat-up car, Stellar, after his friend disappears with a vehicle he took on consignment that a local gang claims to have stored drugs in. While running from the gang and searching for his friend, he starts remembering and coming to terms with his father and their relationship. Produced by Daydream Entertainment and backed by CJ ENM, the film is in post-production. Contact: Finecut

Dir. Kim Jong-kwan, Jang Kun-jae
This mystery drama portmanteau is made up of two shorts by directors Kim (The Table) and Jang (A Midsummer’s Fantasia), starring Kim Kum-soon, An So-hee, Kang Jin-a and Kwak Min-kyu. In Part 1, a middle-aged woman gets off a bus at Muju Terminal, passes through the town and walks into a forest, searching for vestiges of her life from beyond the grave. In Part 2, a young woman returns to her hometown of Muju and starts to work at the county office despite her mother’s displeasure that she has returned and one day, an old friend from college visits. Produced by the Muju Film Festival, it made its world premiere in the Korean Panorama section of the Busan International Film Festival last year. Contact: M-Line Distribution

Dir. Lim Seok-jin
Teenage music drama starring Kim Seung-hun from the K-pop group CIX and Hong Eun-ki from K-pop group Rainz. A knockabout high school student, Hoon is a very talented street dancer who becomes a trainee at an entertainment agency after visiting with his best friend Jong-yun. But when he falls in love with a trainee for a girl group, the agency worries he might become a setback for her debut and expels him. He starts studying for a civic service exam but sees the chance to compete on ‘The Street Star’ show so gets back together with Jong-yun to organize a team for the contest. Set for local theatrical release March 31, the film is also being offered in a re-edited version for broadcast as a TV series. Contact: Hana Choi, kth