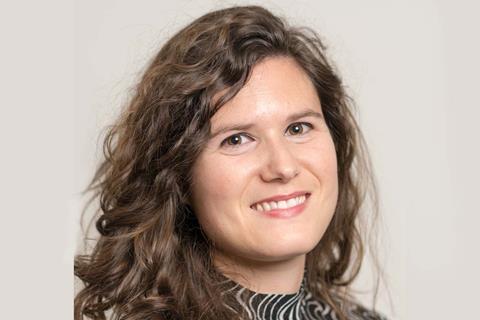 As Laffillé builds her career at FilmNation’s New York offices, she keeps CEO Glen Basner’s philosophy top of her mind. “Glen’s instincts for movies and his knowledge of the industry are mind-blowing,” says Laffillé, who cut her teeth as a marketing and sales assistant at Paris-based Wild Bunch. “FilmNation’s DNA is about being creative and bold in our choices. That’s what drives me on a daily basis.”

Over the past year, sales have been brisk despite the pandemic, and Laffillé’s focus has been on Sean Baker’s Cannes Competition selection Red Rocket, and upcoming films from Pablo Larrain (Spencer) and Lena Dunham (Sharp Stick). The clamour for content has not let up, despite a fundamental shift in the distribution landscape accelerated by Covid-19 and the rise of the streamers.

“It doesn’t change the type of movie we’re taking on,” says Laffillé. FilmNation continues to bring arthouse films, awards heavyweights such as Promising Young Woman and larger titles such as The 355 to market. “Even though there were changes in windowing, there’s more competition for pre-buys and our partners from other platforms are also hungry for content.”

When physical events return, FilmNation will be there. “We’re excited to get back on the ground,” she says. “We’re missing the human contact.”