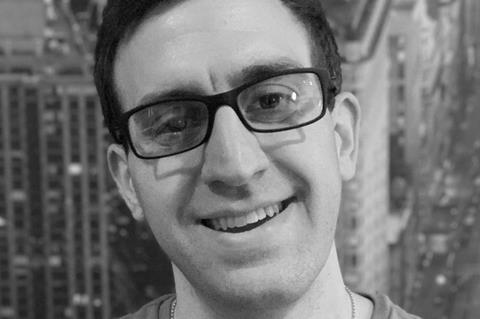 Toto first met Focus Features chairman Peter Kujawski after he enrolled on the NBC Page internship programme, shortly before joining Universal Pictures as an acquisitions assistant. On switching across to Focus Features, Toto has learned from his boss that quality will always rise to the top.

“He always says before any market or festival, if you love something, jump up and down about it and then we’ll figure out the economics,” notes Toto, whose acquisition credits include Robin Wright’s directorial debut Land, Sean Baker’s Cannes Competition entry Red Rocket (which Focus acquired for international territories) and Paul Schrader’s upcoming The Card Counter, starring Willem Dafoe and Oscar Isaac.

While streamers wield immense power in acquisitions, Toto knows the support for theatrical distribution at Focus and parent company Universal enables them to compete. “A Quiet Place Part II proves there is a market for people that really love to go to the theatre,” he says. “Windows change and we adapt, but theatrical is always going to be a big part of what we do.”

Under lockdown Toto and colleague Carlen Johnson go some way towards replicating the social element of theatre-going by watching films together on Zoom. However, he is now “anxious to get back to the in-person experience”.