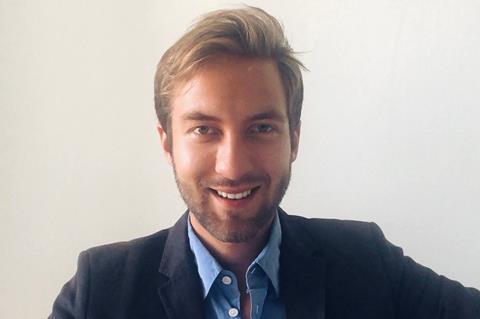 Despite having worked for the Obama 2012 presidential campaign and the US Treasury, watching Joshua Oppenheimer’s The Act Of Killing convinced Teste he was “going to miss out on my life’s passion” if he failed to combine his political science experience with his love of cinema. Having studied in London, Teste returned to his native France when he was hired as managing director of SEDPA by board member Daniela Elstner, then managing director of sales firm Doc & Film International.

Teste credits Elstner, now chief executive of UniFrance, as “a mentor in the truest sense. On top of her impeccable track record as a sales agent, I’ve always admired how she strives to include all who work with her in the decision‑making process.” He holds Film Constellation founder Fabien Westerhoff in similar regard: “His ability to always have his finger on the pulse of the market is incredibly inspiring.”

At Film Constellation, launching Natalie Erika James’ Sundance horror Relic in the early stages of the pandemic “was a challenge”, which Teste met by creating a digital world market premiere, leading to a worldwide sellout.

The firm is now “delving more and more into genre”, says Teste, including with recently announced horror film The Twin and sci-fi Settlers. “The company is evolving at a fast pace.”