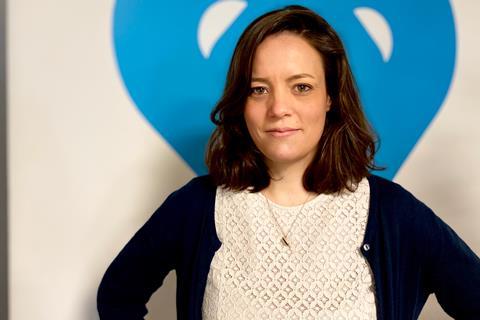 Working from the Stockholm-based company’s London office, Chacon Brito has a diverse remit in her acquisitions role at rapidly expanding Nordic Entertainment Group (NENT). “I like the way our team is structured,” she explains, “because we get to buy all genres, for all our platforms and for all our new territories [such as the Baltics, Poland, the Netherlands and North America] into which we’re expanding our Viaplay streaming service, as well as the Nordics. I buy both series and features spanning scripted, reality, documentaries and kids programming.”

While Chacon Brito is proud of children’s shows such as Peppa Pig (eOne) and Angry Birds (Cake), her personal tastes have a darker hue. “There’s something addictive about dark gritty thrillers, no matter where they’re from,” she says. “Of course, the Nordics have mastered the genre.”

Viaplay Original series The Head (produced by MediaPro) is one such example, which she was able to bring to the streaming service’s audiences in some newly launched markets. Further recent highlights include film acquisitions such as Anders Thomas Jensen’s Adam’s Apples, The Green Butchers and Flickering Lights (from LevelK) for Viaplay; working with MGM on acquiring the first Viaplay Original-branded studio feature Valley Girl; and extending the company’s Sony deal into the Baltics.

Chacon Brito has found some silver linings to the pandemic period. “We make even more of an effort to stay in touch with distributors, catching up often and keeping constantly appraised of content coming up, rather than waiting for the next market or festival.”