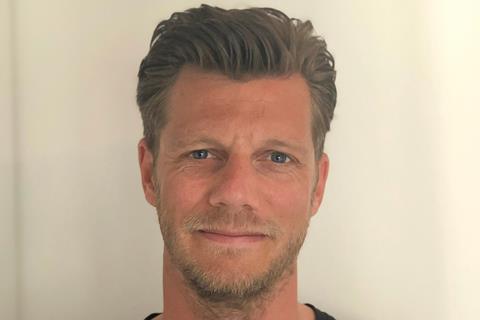 While Teng started out in production, he realises that working for a sales company is a better professional fit. “I’ve found my co-ordinating, managing and social skills are perhaps better suited to the more service-focused mindset of sales,” says Teng, who plans to continue in his festivals role at Tine Klint’s LevelK. “A natural next step for many festival managers is to move on to handling sales, but I love working with the festival programmers and their teams.”

No wonder he enjoys that festival work, as his hits have included Sami Blood, H Is For Happiness and Blerta Basholli’s Kosovan drama Hive, which won the Sundance 2021 world cinema dramatic competition grand slam: grand jury prize, audience award and directing award. “We are still working intensely on Hive,” says Teng. “There has been a great load of work securing and co-ordinating continental and national festival premieres in the rest of the world and starting the collaboration with the distributors who have jumped onboard the project.”

One lesson he has learned during his time at LevelK is that “it is not impossible to combine my love for arthouse films with the more pragmatic part of the industry”. While LevelK will not be attending Cannes physically this year, Teng looks forward to seeing his contacts again soon. “This industry is lucky that we can so easily adapt to working online, but it is the physical meetings at markets that is missing,” he says. “That’s where you create the long-lasting friendships within the business. This cannot be replaced.”