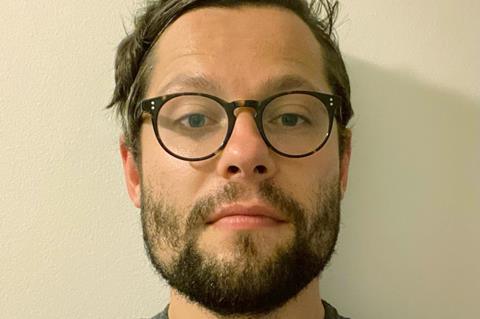 When Hall travelled from Scotland to London in 2013 with a passion to work in film, he planned to work across the industry and discover where best to channel his talents. He found his direction early in his search, at sales agent Metro International where he worked from 2015-17. “Learning how to bring a film together, how to finance it and get it to an audience outside the UK was the turning point for me,” he recalls. “It was at Metro where I learned what I’m putting into practice at AGC Studios.”

Upcoming projects on which he is working at AGC include Brad Peyton’s Universe’s Most Wanted, Rowan Athale’s Little America and Neill Blomkamp’s Demonic. “Coming out of the pandemic, finding a way to fill the pipeline as content producer and provider is massive,” says Hall. “I enjoy the independent, more disruptive side of the business where we can make a real impact with careful use of resources and a lot of tenacious energy.”