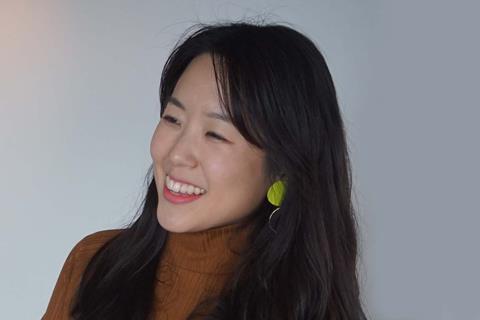 Coming from a background in sales and marketing at Korean Air as well as tourism PR and marketing at Promac Partnership, Kim’s first role in the film industry was handling the Netflix Korea account at film marketing firm 1st Look. She worked on local campaigns for titles including Bright starring Will Smith, as well as global ones for Korean originals such as Kingdom and Mr. Sunshine.

After working on the local launches for the likes of CJ ENM’s Default and Lotte Entertainment’s Innocent Witness, Kim decided she could do more for Korean films by working in international sales, and joined K-Movie Entertainment in 2019.

She has since handled titles including The Roundup starring Don Lee — the sequel to crime action film The Outlaws — and fantasy action feature Spiritwalker. Both sold to a raft of international territories including Japan, France and Taiwan. “These days [with the pandemic], you can’t even predict when a film will be able to be released,” Kim says. “You always have to be ready, and you should always have a plan B. It keeps me on my toes.”

She credits her mentor Sylvie Kim, K-Movie’s head of sales, for teaching her the ropes and supporting the development of her career. “You can always see in her attitude that trust is important when dealing with clients,” says Kim.