One of the biggest priorities of Simone Baumann, the new managing director of Munich-based German Films, the national information and advisory centre for the promotion of German cinema worldwide, is how to ensure the agency meets the needs of the fast-changing global film industry. 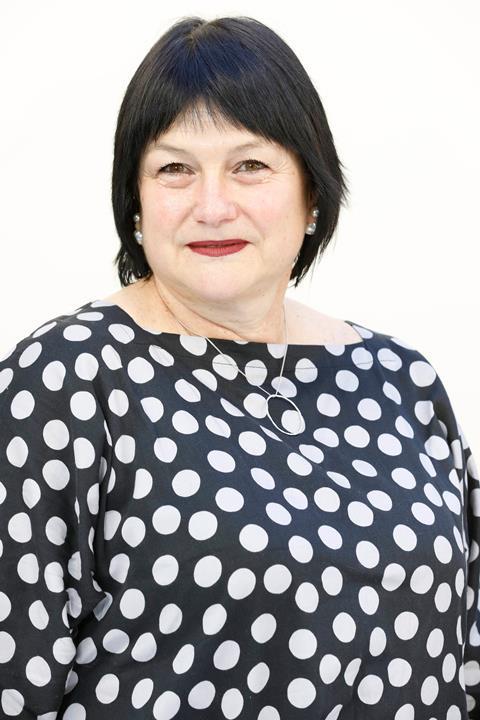 “Until now, the main role of German Films has been the promotion of feature films and documentaries at international festivals,” Baumann explains. “One of the biggest challenges facing the agency for the future is how we address the changes in the media landscape and find ways of including projects that are being now produced for the streaming services.”

Baumann joined German Films in February 2019, taking over from Mariette Rissenbeek who moved to the Berlin International Film Festival to take up the newly-created position of managing director.

¨Many people in the German film business are now working on high-end series for these new players and we now have to find a way of including them,” she explains. “This could be done by expanding our Face to Face campaign, which currently shines a spotlight on some dynamic faces of the German film scene, to also feature authors and showrunners as part of our talent promotion activities.

“In addition, you have a situation developing in the market where a streaming service acquires the international rights for a film and the role of a sales agent therefore becomes redundant,¨ Baumann added.

“German Films is considering whether it should possibly extend its remit to start promoting Germany as an attractive shooting location for films and series in addition to the promotion of completed films.¨

Some 406 German films and co-productions were distributed around the world n 2018, generating nearly €154m from more than 26.5 million tickets sold.

This was considerably less than in 2017, when German majority and minority productions posted 91 million admissions and box-office takings of €430m. The wide divergence between the two years could be explained by the fact Resident Evil - The Final Chapter, produced by Germany’s Constantin Film with US-based Davis Films and the UK’s Impact Pictures, took €268m and 52 million admissions alone from an international release that spanned 83 territories.

Europe is by far the most important market for German films, with 73.9% of international box office taken by German titles coming from the continent in 2018. German-speaking Austria is the international territory most receptive to German film fare and 78 German films grossed a total of €12.7m in the territiory in 2018.

France was the second biggest market for German films last year, with €9.7m generated from 20 releases. Of the titles released, Richard The Stork was the top performer with a total box office of €4m.

The next biggest markets for German films are Spain, Italy and the UK.

Asian markets accounted for a combined 11% of the international performance of German films in 2018. Animated features The Seventh Dwarf and Maya The Bee performed particularly strongly in China. Marc Rothemund’s drama My Blind Date With Life and Fatih Akin’s In The Fade were particular favourites with Japanese cinemagoers.

South America markets delivered a 6.3% share of the international box office for German films in 2018. Michael David Pate’s horror thriller Haunted Hospital: Heilstätten has been a surprise success in Colombia, Uruguay and Argentina. Handled internationally by Storyboard Media, the film has taken more than $2.2m from 780,000 admissions across the continent.

Baumann wants to create a greater focus on animation at the agency.

“Supporting Animation Germany, the umbrella brand of the German animation and VFX industry, was a first step,” she says of the initiative launched by the German Producers Alliance - Film & Television and Film und Medienfestival, the organiser of the Animation Production Day in Stuttgart, in 2017.

The initiative is now financially supported by German Films - a member of the advisory board alongside Film und Medienfestival gGmbH and the trade association AG Animationsfilm, the German Federal Film Board (FFA), six regional film funds and Creative Europe’s MEDIA programme.

Baumann wants to go further. “I could see us having a dedicated project coordinator for animation as we have for documentaries and shorts, to go to the markets and festivals and work closely with the sales agents.”

“On one side, you have the promotion and selling of the completed animated films, but at German Films we should help promote the German animation sector as potential co-producers.”

The biggest German film internationally in 2018 was Maya The Bee - The Honey Games, produced and sold internationally by Studio 100 Media, which grossed some €6.6m box office.

It was followed by Knudsen & Streuber Medienmanfaktur’s Richard The Stork, a Germany-Luxembourg-Norway co-production.

Zipfelmützen’s 3D-animated feature The Seventh Dwarf was the fourth highest-grossing German release internationally last year on the strength of its €3.4m haul in China alone.

Similarly, the Lauenstein brothers’ animated feature Marnie’s World has grossed more than $650,000 just in Russia since opening in April 2019.

“Most of the films we are promoting at German Films are for the arthouse segment and not for the mass market,” Baumann says.