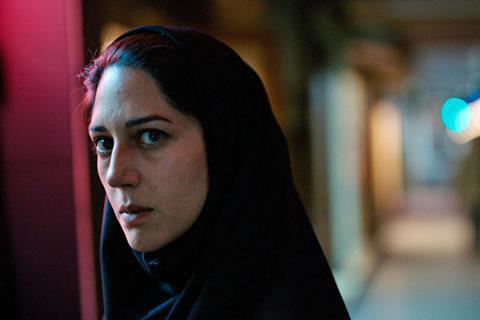 The team behind Holy Spider had more than just the tough subject matter of an Iranian serial killer to overcome when bringing the film to the screen; they faced years of Covid‑19 surges, shooting delays, location changes and government resistance.

Premiering in Competition tomorrow, the film is a testament to years of unwavering vision from director Ali Abbasi and problem solving from his lead producers, Jacob Jarek of Denmark’s Profile Pictures and Sol Bondy of Germany’s One Two Films.

Abbasi — born in Iran and now residing in Denmark — was living in Iran during the time of the infamous ‘spider killings’, when a religious zealot named Saeed Hanaei murdered 16 women in the holy city of Mashhad between 2000 and 2001.

Jarek, who went to the National Film School of Denmark with Abbasi and was one of the producers of his debut feature Shelley, says the director “had this story in his mind for a long time but we officially started developing it in 2016”. After Abbasi’s second feature Border was an international success at Cannes and beyond in 2018, the filmmaker was in demand. He told Jarek, “Now’s our chance to make this film.”

“Ali’s very clear approach from the start was that he wanted to portray Iran as truthfully as possible, not like most films we see out of Iran that have to be more diplomatic,” says Jarek. “He wanted to show more poverty, more violence. Life in Iran has that. Whatever he does, Ali likes to go to extremes. He’s wanting to go deep and dark in the moment. He wants you to feel the depth of these situations.”

In 2018, Bondy came on board — Profile and One Two had both co-produced Icelandic films The County and Under The Tree together. He agrees with Jarek’s sentiments: “You can see it on the screen that Ali is a filmmaker who doesn’t shy away from anything.”

Early hopes of shooting in Iran had to be abandoned by 2019, and it needed more financing, too. Jarek and Bondy were in discussions with a major streamer for a year but ultimately walked away to pursue a more traditional patchwork of film finance. 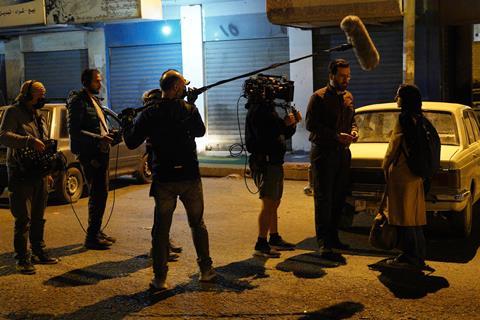 Scouting Turkey and Jordan to stand in for Iran, the producers settled on Jordan which, although more complicated, also looked more authentic. In early 2020, they were ready to go… and then came the pandemic and the team had to keep pushing back dates. Jarek had several other Profile productions affected by Covid, while many of One Two’s films were halted, so Bondy stepped up from a likely co-producer to take over the day-to-day production duties and raise more funding.

With Jordan having tighter Covid restrictions in late-2020, Turkey was back in the frame as a location, which would be easier logistically because it shares a land border with Iran. But after scouting all locations in Turkey and setting up an entire production team in the territory, Turkish authorities passed them between different ministries without committing to the permits they needed. So the production went back to Jordan in early 2021 where, by then, Covid regulations had relaxed enough to make shooting possible. In May 2021, cameras finally started rolling for 35 days.

“What we’ve done with the film in Jordan is really spot on,” says Jarek, while Bondy pays tribute to the “fantastic” service producer Rula Nasser from The Imaginarium Films: “She knows creative production and has a great crew there.”

In just one of a multitude of tricky situations, Bondy recalls the challenge of getting Paykan cars from Iran, which Abbasi insisted were used for period accuracy. A fixer was sent to buy the vehicles in Iran and then transport them overland for several weeks, crossing numerous borders with the required export papers. But the Jordanian authorities turned them away. Plan B involved shipping via water, but they were delayed when the Suez Canal was famously blocked by a container ship in March 2021. Eventually the cars did arrive and shooting could proceed.

“There were many more extreme complications,” says Bondy. “Now they’re only anecdotes of a seriously challenging production.”