Screen Star Of Tomorrow 2013 Hong Khaou tells Jeremy Kay how he drew on the dramatic experiences of his Cambodian refugee family to come up with Lilting. 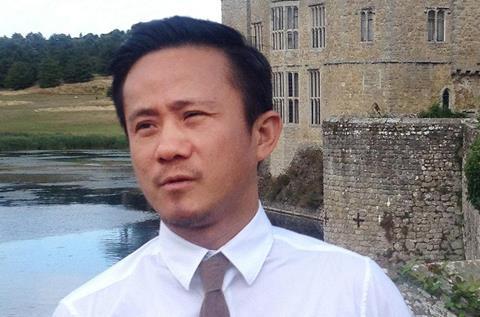 Where did you train?
I trained at Surrey Institute Of Art And Design, then worked as a runner at Scott Free Productions in Soho. I has directed a few short films and one of them, Spring, screened at Sundance 2011.

What are the origins of the movie?
The story comes from my family. We were refuges from Cambodia and arrived in England in 1983. After the Khmer Rouge took over Cambodia in 1975 my mother and father took the family out of the country. I was a baby then and my parents took me and my two brothers and sister and walked for 40 days into Vietnam. We lived there for eight years and came to England after my uncle came here.

How is your mother faring in the UK?
My mum still doesn’t speak English but we [children] took care it quite quickly. When we were young we took my mother shopping but now she can go by herself. We didn’t settle into a community surrounded by other Cambodians because in the 1980s Margaret Thatcher instigated a policy [whereby immigrants were not allowed to do so.]

My mum has friends now, but I took the idea of the film from her situation and tried to think what it would be like if her lifeline of support from her children were gone.

What are the central themes of Lilting?
The story also involves communication and language. I am bilingual. Language became something that was a strong motif in the film. Also the flipside of communications is it can [bridge the gap between] cultural differences but equally it can cause conflict. The film is more about grief and language and communication and [the mother character] delivers long monologues where she talks about her life.

Casting the mother
We couldn’t find anybody in the UK who was bilingual and we found [Pei-Pei], who had been huge in the Far East when she was younger. She was in many of the late Run Run Shaw’s films as a child actress and played Jade Fox in Crouching Tiger, Hidden Dragon. She loved the script and was willing to do it. She does a lot of martial arts films and it’s rare to see her get a lead role in a film like this.

And Ben Whishaw?
The whole film is drama-led; there’s nobody off us to hide behind so we had to go for really strong actors. I have always known Ben’s work and have always liked him. You get the sense he is very committed all the time. It felt so ridiculous that we could get him but we went for it and I write him a letter. Ben’s character is so important because he takes us into her world and the character has to carry so much pain in him all the time and I felt he could do that.

When did you shoot?
The shoot took place over 17 days in London in November 2012. It was really punishing, especially because it was my first short. It was exhilarating to get through it.

Who backed Lilting?
The film was backed by Microwave, the low-budget initiative for first-time film-makers backed by Film London, who provided 50% of the budget. The BBC also helped and Stink and Sums Film And Video provided the balance of the budget with help from a friend.