Amsterdam-based Piece of Magic are taking an event-cinema approach to documentaries such as Apollo 11 and the upcoming King Otto. 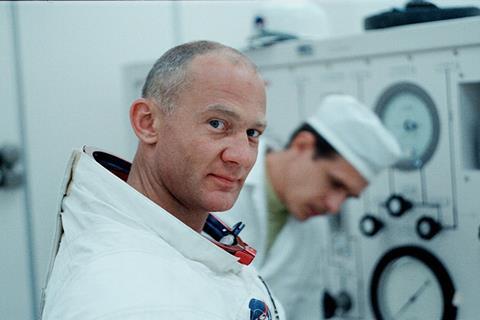 “Do you remember what happened in 2004?” Caspar Nadaud, CEO of Amsterdam-based film distributor Piece of Magic Entertainment, asks of one of the most unlikely events in recent European football history. That year’s UEFA European Football Championship saw the little-fancied Greece national football team win the tournament. “Nobody was expecting that. The team was coached by this German, Otto Rehhagel. He took the decision to become coach of Greece. Nobody expected anything and they claimed the championship against all odds.”

Now, Rehhagel’s story has been told in a feature documentary, King Otto, which Piece of Magic will release internationally in time for this summer’s European Championships.

Just as the Greeks surprised everyone with their football success in 2004, Piece of Magic is defying conventions in its own way. At a time when other independent distributors are increasingly nervous about theatrical releases, the unheralded company — founded in 2017 by Nadaud and Pierre Rieu — has built a global business based around getting independent movies into cinemas.

“At the beginning of the year, the first weekend in January, we released André Rieu: 70 Years Young, which did more than $2m at the UK box office alone,” Nadaud says of the musician who has turned into a box-office phenomenon.

The company is now moving aggressively into feature documentaries, using a mix of event-style releases and traditional cinema roll-outs. “The theatrical experience is a unique experience,” says Nadaud, a one-time Cinetic executive who was also sales and distribution manager of Arts Alliance Media and managing director of Pathé Live. “We believe with the right content that can travel, that can go wide across countries, we can make a successful case.”

At markets such as EFM and Cannes, Piece of Magic will be looking to take worldwide theatrical rights on the documentaries it acquires. “We do tend to take all rights for the Benelux because it’s our home turf, but what we do internationally is take the theatrical rights and release in cinemas,” he says. “In some markets, we go directly to exhibitors and that is what we prefer — direct distribution to exhibitors. In some markets, we also work with [local] partners because you have to in some territories. In a territory like France, working with a local partner is always a given.”

Documentaries may seem like niche items when surfacing only in one territory but they become much bigger propositions when a company like Piece of Magic releases them simultaneously into dozens of countries, on up to 2,000 screens. But even Nadaud acknowledges there is a huge difference between handling Greenfield’s The Kingmaker — a witty and hard-hitting political documentary about former First Lady of the Philippines Imelda Marcos — and releasing another Rieu concert movie.

“It is different but you are working through the same channels, working with the same partners, just adjusting your model for the content,” he says. “That is something we are getting better at — understanding how certain content needs to be released in different territories.”

Piece of Magic employs 16 staff in a converted lemonade factory in central Amsterdam to “tailor-make” release plans for each country, with the company’s in-house sales and marketing team overseeing each theatrical launch. “We use social media, we use traditional media. It is about being chameleon-[like] and understanding the best release strategy for certain content,” says Nadaud.

If it makes sense, Piece of Magic will always prefer to use the “event” model. With David Attenborough: A Life On Our Planet, the film will premiere in April as a one-night-only event at the Royal Albert Hall in London, while the evening and Q&A with the venerable naturalist will be broadcast in cinemas in select territories around the world.

With Apollo 11, the company pursued both strategies, going down the event route in Latin America but giving it a traditional release in several European territories.

Now, with King Otto, Piece of Magic is taking the leap into sports documentary. Whatever its fate elsewhere, one prediction can be made: it will find an enthusiastic audience in both Greece and Germany.

“We allow stories to hit the big screen and there is an appetite for it,” says Nadaud of how cinemas are embracing feature documentary in a way that would once have seemed very unlikely indeed. “Documentaries are my passion but exhibitors see the numbers as well.”