How state support is transforming the European animation industry 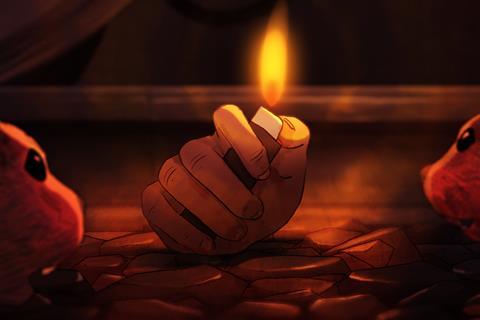 It is eight years since Aardman Animations, the UK’s most renowned animation brand, threatened to quit the UK because of lack of government support for the animation industry.

In 2011, animators could make use of the UK’s tax relief for feature films but there was no fiscal support for shorter forms of filmmaking — and a mass exodus of the country’s top animation talent began to seem a real possibility. Aardman’s shorts and features had always run in tandem. Its best-loved characters, Wallace and Gromit and Shaun the Sheep, had first been seen in shorts. Animation is time-consuming and labour-intensive and UK outfits often made as many shorts as features.

That was why, after lobbying from the animation industry, the UK extended tax relief to animation production (alongside high-end TV drama and children’s TV). On feature animation, tax relief is now available for UK productions on either 80% of total core production expenditure or 100% of the UK element — whichever is lower.

A sector finds its footing

The UK animation industry has grown steadily since 2011, even if there are real concerns about the potential post-Brexit loss of valuable Creative Europe MEDIA funding.

Animation sectors are also growing across Europe. The total value of the European animation industry was $45.6bn in 2018 and is projected to reach $46.2bn by 2020, according to the European Animation, VFX & Games Industry: Strategies, Trends & Opportunities report, published by the US’s Research and Markets in 2019.

This growth is rooted in public support and tax breaks. From the UK to Benelux, Spain to the Netherlands, France to Poland, Ireland, eastern Europe and even Tenerife, direct state funding and tax incentives are galvanising the sector.

The economic argument is a simple one to make: animated features and series tend to have bigger budgets than live-action equivalents as they shoot for longer and offer longer-term contracts as well as better training options. Animated films provide opportunities for co-production and then travel more easily than live-action equivalents across national borders. There are also obvious alliances to be struck with partners in the gaming and VFX industries.

“The UK tax credit is an absolute key part of the original business plan and our proposition to our US distribution partners,” says Sarah Smith, co-CEO of London-based Locksmith Animation, a CG feature animation studio. Locksmith’s first production, Ron’s Gone Wrong, is due to be released next year by Walt Disney Studios Motion Pictures through — what is now — its Fox subsidiary.

“The extension of the tax credit to animation has been hugely valuable,” says Michael Rose, co-founder with Martin Pope of London-based Magic Light Pictures, the outfit behind animated projects such as The Gruffalo, Zog and Revolting Rhymes, and features such as Chico And Rita. “The tax credit means key creative things can be done in the UK rather than trying to seek out lower cost places.”

The Polish Film Institute has ring-fenced at least 10% of its annual budget of $53m through its new cash rebate scheme for animation. “The best examples of our animations are co-productions and this is certainly a model of co-operation we want to continue,” says Maria Gradowska-Tomow, international projects and festivals manager at the Polish Film Institute. “The cash rebate is intended to cover both services and international co-productions which should help [Polish animators] not only to be more efficient in finding partners but also to co-produce with countries with higher budgets, which was complicated before.

“Every Polish studio is working on their first [animated] feature right now. The Polish animation sector is blooming since animation stopped to be considered only films for kids.”

In recent years, the Netherlands’ film industry has also made a concerted attempt to kickstart feature animation in the country. “We didn’t make [animated features],” remembers Doreen Boonekamp, CEO of the Netherlands Film Fund, of the very recent past. “We made wonderful [animated] films but these were shorts.”

The introduction of the Netherlands’ Film Production Incentive in 2014, offering a cash rebate of up to 35% on production costs spent in the country, has been the first step. The growing strength of the sector was underlined at the Cartoon Movie event in March when several Dutch animated features were pitched by Dutch production outfits, among them Miss Moxy (BosBros), Pat & Mat: The Film (Lemming Film), Benjamin Bat (Il Luster), The King And The Thief (Il Luster), Sisterhood Of The Meadow (Studio Pupil) and In The Forest (Submarine).

As the Spanish animation sector expands, animation companies are flocking to the Canary Islands to take advantage of the 40% tax rebate for international productions. Recent films to have been made on the islands include fantasy adventure The Steam Engines Of Oz by Canada’s Arcana Studios with the Tenerife-based 3D animation and VFX studio 3 Doubles Producciones.

Belgium is another example of a country where state support has transformed the animation sector. The country’s tax shelter system has provided financing for feature filmmaking, including animation, for 15 years but now there is additional funding for animation from the country’s three leading regional funders.

“Animation brings a lot of jobs for a lot of people,” agrees Noël Magis, managing director of the Screen Brussels fund. Magis refers to Brussels’ new “animation valley” forged by a series of studios that have sprung up within a few miles of each other in the city. They include Beluga Jungle, Red Frog Studios, Studio Souza, MacGuff Belgium and Studio Tabass Co.

Meanwhile, Wallimages Enterprises has taken an equity stake in Ben Stassen’s Next Wave, formerly nWave, the outfit behind Sammy’s Adventure and Fly Me To The Moon.

Buoyed by this support, Belgian producers are becoming increasingly involved in bigger projects such as Another Day Of Life, which was co-produced by Walking The Dog. The company is also the Belgian partner on Bibo Bergeron’s $11.1m (£10m) Charlotte, a biopic of Charlotte Salomon, the young German-Jewish painter who died in Auschwitz, and Ari Folman’s Where Is Anne Frank?. Panache Productions is co-producing Joann Sfar’s French feature animation Petit Vampire.

There is an emphasis on companies developing their own projects, retaining the IP and therefore the merchandising rights. For example, Grid has made pre-school science series Interstellar Ella (on which it is the lead producer but also has BBC support) while Creative Conspiracy has its series Three Little Ninjas, which has French and UK backing.

The impact of state support for the animation sector is evident in France where animation producers have benefited from subsidies for decades. In the TV sector, animation programming accounted for 37% of France’s total exports in 2017. When it comes to animated features, France is the biggest producer in Europe. Support comes via CNC and broadcasters, among others.

“Those subsidies are important because our territory, France, at the scale of those budgets, is still a tiny territory,” notes Marc du Pontavice, chief executive of Xilam Animation, the outfit behind Jérémy Clapin’s Cannes Critics’ Week winner I Lost My Body (recently sold to Netflix) and big-budget preschool series Oggy Oggy, which costs $11.1m (£10m) per series to produce. “The French market would probably represent a maximum of 20%-25% of the overall budget. What the subsidies will be doing will be doubling that amount so we cross 50% of the budget covered by the French market.”

But du Pontavice is one of the few producers who is wary of international co-production. “It doesn’t necessarily really add up in opening up significant market money,” he suggests.

He talks of the sometimes onerous demands funders can place on producers to work in their territories and the complications to the animation “pipeline” (“not always to the benefit of the creative consistency”) when production is spread among different countries. IP is also likely to be divided.

France has a generous tax rebate scheme for international productions (TRIP), which makes special provisions for animation. There are strict cultural tests to be passed but the incentive amounts up to 30% of the qualifying expenditures incurred in France, and can total a maximum of $33.3m (£30m) per project. Theatrical animated feature films from local producers are eligible for the national tax credit. CNC provides automatic financial aid on feature productions as well as selective support.

But few in the industry would question the role extending animation tax incentives has played in the European sector. Look at any ambitious European animated project and there is almost certainly now a tax break underpinning it.