In conversation: Valdimar Johannsson, Noomi Rapace on creating a "divine moment" in ‘Lamb’ 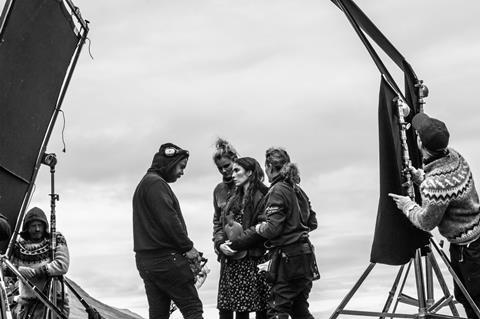 Waiting for a sheep to give birth straight into the hands of lead actress Noomi Rapace was just one of the challenges of making Lamb, Icelandic filmmaker Valdimar Johannsson’s debut feature, which created a stir in Cannes’ Un Certain Regard and has become the highest-grossing Icelandic film released in US cinemas (thanks to A24).

The story follows an Icelandic couple (Rapace and Hilmir Snaer Gudnason) living on a remote farm who adopt a mysterious newborn, not quite sheep, not quite human, naming it Ada.

Known for her booming international career with roles in the Swedish adaptation of The Girl With The Dragon Tattoo (and its two sequels), The Drop, Child 44 and Amazon series Tom Clancy’s Jack Ryan, Rapace was born in Sweden but grew up in Iceland. Lamb gave her a chance to return to those roots.

Screen International: Noomi, you had spent some years growing up in Iceland — were Nordic folktales part of your life?

Noomi Rapace: I grew up on a farm, [with] life and death present all the time. The circle of life is right there in front of you… and the Icelandic folklore is kind of baked into everything. My grandmother would say, “We can’t ride across this hill because we don’t want to upset the elves.” It was very much a part of life and not seen as something strange.

When you first discussed the project with Valdimar, he came to you with a sketchbook. What intrigued you at that stage?

Rapace: It was a combination of the man himself telling me the story and his strange, beautiful, disturbing book of pictures and drawings and photographs. I just had this weird feeling about it, similar to what I felt with The Girl With The Dragon Tattoo. My body knew. It was like I have been waiting for this as long as I’ve been an actress.

Valdimar, why was this sketchbook important to you, more like a visual brainstorm?

Valdimar Johannsson: When we wrote the script, we were looking at paintings and photos and references for scenes. We decided from the beginning that we wanted to have as little dialogue as possible, if we could tell the story more visually.

How did you think about bringing Maria to life without a lot of dialogue, in a way that’s not so showy?

Rapace: She’s holding everything in and when you first get introduced to her, it’s almost like her life is on hold. She’s not fully alive, she’s just surviving. With [the arrival of] Ada, she starts to come to life. I had to trust the story and not be driven by ego to think that it’s about me. I had to totally surrender.

How did the two of you work together on this character? Was there a lot of rehearsal or discussion?

Johannsson: We talked about everything but we didn’t have much time to meet before the shoot. Noomi only arrived [in Iceland] one day before we started shooting.

Rapace: I arrived from another shoot in New Orleans on Sunday afternoon, and by Monday morning I was delivering baby lambs and driving a tractor! When you’re working with babies and lambs you never know what they’re going to do, you just had to be in it and have it in your system. In the end, I was just being Maria, it was like Noomi was on hold. 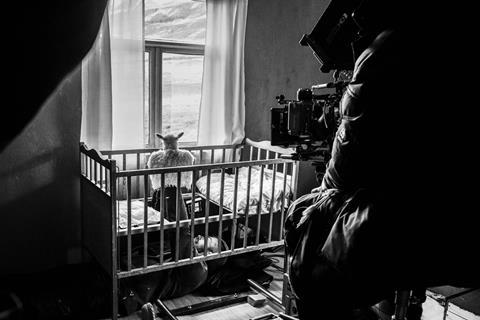 How did the farm location and being out in Icelandic nature help the mood of cast and crew?

Johannsson: From the beginning, I had in mind how the farm should be. I did some drawings and made a model farm out of clay. But this exact farm did not exist in Iceland — I know because we drove around the country a few times. But I was super happy when we did find our farm. All the crew stayed as close as possible. It did help that it was all so isolated. We could lose ourselves.

Noomi, how did it feel to scale down to this more intimate production?

Rapace: I loved it. It felt like when I did theatre starting out. There is nowhere to hide and everybody is in the same conditions, and you truly do it because you love it. It brought me back to why I love making films. I love that it feels like I haven’t been here before. You have to go to places that feel unsafe. For me as a human, it was a very important reality check on myself, and also as an actress.

Any director wants to be in control of most things, but with this film you have to roll with whatever the weather and animals throw at you.

Johannsson In a way, we were lucky with the weather. We shot some scenes after midnight, and we wanted to have it look more overcast, not too much sun. And even with the sheep and the cat and the dog, it might have taken some time but usually they did what we wanted. We just needed the extra time.

You created Ada with animals, with children, and with puppets. Noomi, how do you relate to all these elements used during filming to create Ada in your head?

Rapace: It was strange, we felt like she was very much there. I just had to — in my head — meld them into one. I had to find a way to connect with this little creature. It’s almost the same in the way you talk to a baby lamb as a human baby, it’s about tapping into their energy and communicating without words. Sometimes it was easier to communicate with the lambs than with a human baby.

Johannsson: It was amazing. For the scene when Noomi is putting the flower crown on Ada, she and the lamb just somehow started to breathe together.

Valdimar, you’ve also worked on much bigger sets in various positions. How did it feel for you finally being the director?

Johannsson: I have to admit that I was super-stressed when I saw all the trucks on set, and this crew. I was surprised how stressful it is even though I’ve been working in crews for 20 years. When you’re making your own film, somehow it’s totally different. But I’ve learned from every film or commercial that I’ve worked on and I appreciate that.

What was the hardest moment of the shoot?

Johannsson: For me it was that first day of the shoot — it is amazing that finally you have the whole crew and all the actors there. Somehow after that first day, it all felt more normal.

Rapace: On the first day, I was jetlagged and was waiting in my trailer to get a call to go deliver lambs. And you worry, what if something goes wrong? The farmer was standing there and would jump in if we needed him, but still it felt like a huge responsibility to see this little head coming out and I’m supposed to pull her. It was pure magic. And then the last day, we shot the last scene, and it took me quite some time to recover [emotionally] from that. It stayed with me.