Veteran producer Jeremy Thomas talks to Wendy Mitchell about the highlights of his 40-year career and looks excitedly to the future, ahead of a BFI Southbank retrospective. 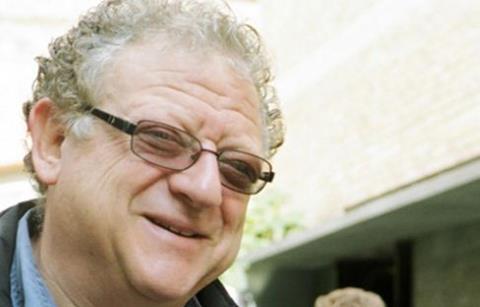 Today, it is a given that most producers have to work internationally across borders. It wasn’t always so.

Producer Jeremy Thomas pioneered the crossing of global borders; as the London-based veteran looks back at nearly 40 years of producing ahead of a BFI Southbank retrospective in April, he proudly rattles off past locations: shooting his first feature Mad Dog Morgan in Australia, and Merry Christmas Mr Lawrence in New Zealand and the Cook Islands, making Bernardo Bertolucci’s nine-time-Oscar winner The Last Emperor in China, or Jonathan Glazer’s directorial debut Sexy Beast in Spain, and more recently working with Norwegian directors Joachim Ronning and Espen Sandberg to make Kon-Tiki in locations including Malta and the Maldives.

“It’s a moment to reflect,” says Thomas, looking at the 16 of his past productions selected for the BFI Made In Britain season. “My films have been made all over the world from Alaska to the bush of Australia to the depths of China to the middle of the Sahara. It was in this period when you went there and you went there for a long time with a lot of people. It was a different experience; you didn’t have digital communication. Rushes took days to come back. You were isolated making your film; you were in it together.”

“I always felt comfortable as a traveller, and it was subjects that I felt for or was drawn to,” he adds. Plus, because every producer also needs to be a businessman, he adds, “It was also expedient for raising money.”

Japan has been particularly important for his career, starting with 1983’s Merry Christmas Mr Lawrence by Nagisa Oshima and later including Takeshi Kitano’s Brother in 2000. “It’s very difficult not to be fascinated by Japanese culture ― it’s a culture that’s undebased by any other culture,” he says. “I’ve got a continual relationship with Japan. That has been a two-way street for investment in films, and that’s been very healthy for me.”

Thomas says his 50-plus feature productions share one common thread: “All the films I’ve produced or executive produced have been for the same reason: it’s in my taste. It’s about taste, not the market; it’s about originality and the film-maker; it’s about the engagement with the story to be told.”

He was practically born into the business, or at least within reach of Ealing Studios ― his father Ralph Philip Thomas spearheaded the popular Doctor films franchise and his uncle Gerald Thomas was famed for the Carry On films. He was a young teenager when he started as a runner at Pinewood Studios, where his father worked. By age 20, he was an editor on Ken Loach’s A Misfortune.

Soon after that, Thomas looked outside the UK for his first feature production, Mad Dog Morgan, starring Dennis Hopper and directed by Philippe Mora. “In London in 1974, it would have been impossible for me at age 23 or 24 to produce my own film because there was this apprenticeship system… In Australia, there was no tradition, there were only a few people making films. We were there and found the money there to make a film.” He returned to the UK to establish the Recorded Picture Company and to make Jerzy Skolimowksi’s The Shout, which won the Special Jury Prize at Cannes 1978.

He considers himself very much “a British producer,” and has produced purely British works such as Stephen Frears’ The Hit and David Mackenzie’s Young Adam.

He made a tough decision in 1988 to remain in Britain after the huge Oscar success of The Last Emperor led to enticing offers from Hollywood. “I’m happy that I decided to stay in London. You can imagine that at 38, after The Last Emperor wins nine Oscars, there was a temptation for me to change my life completely into a different life. But I decided to stay here and remain doing what I understood… It was a choice. This environment suits me, and I don’t think I’d be good in that very, very different environment.”

He also works with North America, of course, with recent projects including Jim Jarmusch’s Only Lovers Left Alive, shot in Detroit, and Wim Wenders’ forthcoming Every Thing Will Be Fine, shot in Montreal.

He says UK film-makers are “lucky” compared to some other territories, thanks to government support via the BFI and backing from Film4 and BBC Films. “We are in a place where there are possibilities, where there are co-production treaties. If you’ve got the right subject, the right people, and you’ve got some level of information and push, you can get films made here… You have to look around the world and see we’re in pretty good shape.”

Changing with the times

Thomas has had the same office for decades ― at the top of the Hanway Street building where RPC shares space with sister sales company HanWay Films. Despite the comfortable, lived-in look of his office, and the mementos and photos of a 40-year career surrounding him, he is not sitting on his roof terrace stuck in the past. Piled on his desk during our interview are an iPad, a laptop, two landlines and two mobile phones.

While he does speak of a certain golden age of his career, he is very much a man of the present as well. “Everything is in a magnificent moment of change, the realities are what we have to go with as film-making as changed. Audiences have changed. I have embraced fully the modern world.”

He says the business of independent film production has changed so much in recent years it would be impossible to make some of his past films now. “I cannot take a crew into the South Pacific and make a film with David Bowie about the war and a gay love story. It’s not possible. I could not go to the Forbidden City and take 10,000 people and raise the equivalent of $25m. I couldn’t go to the middle of the Sahara and build a set in the sand dunes… Those budgets don’t exist any more for the $30m or $50m independent movie.”

That doesn’t mean he isn’t relishing the projects he is active on. “Most of the films I make today, you have to smuggle what you want to do into something that you can get made in the reality of what happens for independent cinema today.” He sounds pragmatic, not bitter. “It’s not a moan, it’s a reality,” he adds.

Thomas is still excited to work with newer talents. One upcoming project that he is beaming about is High-Rise, another JG Ballard adaptation (after Crash) that Thomas has wanted to make for years. “For that film, for many years I was going up the wrong street,” says Thomas. He has now figured out a leaner approach to the film, and has hot UK director Ben Wheatley attached.

“I’ve got endless ideas for films. That’s something else that has been good for me; I’ve never had a problem with a mountain of films I want to make,” he says.

And like any other savvy film producer in 2014, he is also eyeing a move into television at some point.