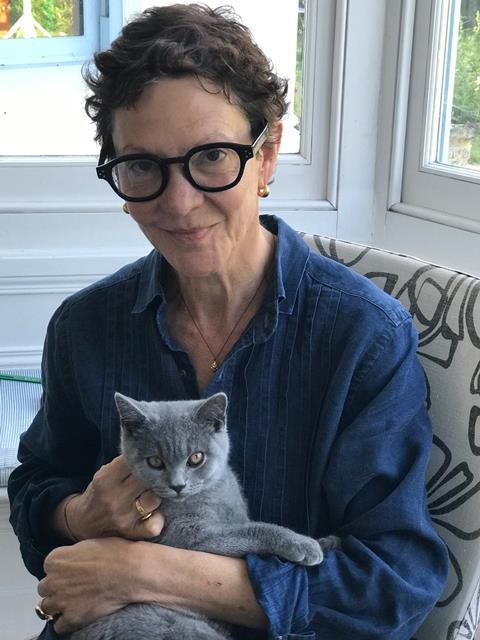 Producer Gabrielle Tana of London-based Magnolia Mae Films had just wrapped shooting on Simon Stone’s period drama The Dig by the time the UK locked down in late March.

Based on the true story of a groundbreaking archaeological excavation at Sutton Hoo in the UK on the eve of the Second World War, the film stars Carey Mulligan as a widow who believes her late husband buried treasure on their land; Tana’s regular collaborator Ralph Fiennes plays the archaeologist who comes to investigate. The screenplay is by Moira Buffini, based on the novel by John Preston.

Netflix has worldwide rights and is understood to be preparing an awards-qualifying release in early 2021. To ensure the film is ready Tana has helped to steer the film through post-production while everyone was working from home.

At the same time, she signed a director for her next indie project, Catherine Parr drama Queen’s Gambit, to which the Berlin-based, Brazilian director Karim Ainouz is now attached, with plans to shoot in 2021. Before that, Tana is also co-producing Ron Howard’s The Thirteen with Imagine Entertainment for MGM, about the real-life rescue of a young Thai football team from a cave in 2018.

Tana, who is still working from home, spent the lockdown at home in London with her new kitten Basil.

What was the exact stage you were at with The Dig when the UK went into lockdown?
It was very fortunate timing as we had locked the picture two days before.

How did you manage to continue to work on it from home?
Lots of phone and Zoom calls! We also managed to do great work using [remote review and approval system] cineSync, working with the amazing team at [London VFX outfit] Union. A lot is also due to the magnificent Meg Clarke, our post-production supervisor and /co-producer.

It was also a huge international effort, for example we managed to record all of the music for the film with everyone spread out across the world. We were in the UK, our director Simon Stone was in Germany, the composer Stefan Gregory was in Australia and the orchestra were recording in Iceland, since that was one of the first places to open back up.

What conversations have you been having with your team over the months? What have people been most concerned about?
It was really important to remain connected, focused and sane. We were mostly concerned about finishing the film.

How are you keeping up the morale of your team during this period?
I got a kitten! So he has been featured on our team Zoom calls and has become our little mascot. Other than that, it’s just been important to maintain regular communication.

Beyond The Dig, what else have you been able to work on? Are you finding writers and directors have been productive?
Yes, absolutely. We’re working on our slate and we’ve managed to make a lot of progress with our projects – it has actually been very productive.

Have you personally found it easy or difficult to concentrate and to be creative?
It depends on the day.

You have just signed the director Karim Ainouz to Queen’s Gambit, Magnolia Mae’s upcoming feature about Catherine Parr, written by the Ashworth sisters, Jessica and Henrietta. Why Karim?
Karim is bringing a new perspective to the Tudor period and he is really interested in portraying these figures as people, digging into who they were, rather than depicting the traditional, grand narratives that we have already seen. As Karim is not British, it’s wonderful to have an outside perspective on this period.

He’s been learning this history with us as we’re developing the film. One of the highlights of our lockdown has been our consultation with historians – we’ve been organising history lectures for us all.

How are you juggling personal life and the demands of work?
There’s no separation! That’s always been the case, even before Covid.

What have you been watching, reading or listening to?
It was hard in the beginning to read fiction, so I was reading a lot of history books. I’ve managed to watch Normal People and Unorthodox, both of which I’ve really enjoyed. But on the whole it’s been hard to focus.

Have you been back to the real-life cinema yet?
I’m waiting and seeing. As with everything, we have to be prudent. But I’m very keen to go back.

What advice would you give to people in the business who are worried about the future of the industry?
We are problem-solvers, that’s an essential part of what we do. And so we will solve the problems that Covid is presenting.