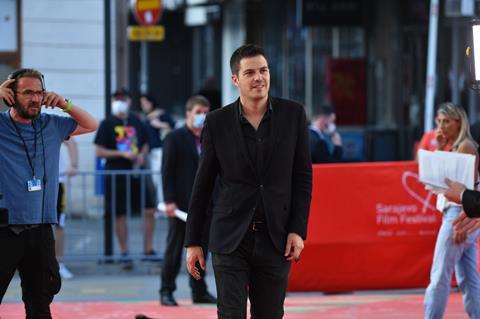 Sarajevo Film Festival was founded in 1995 while the city was still under siege. Jovan Marjanovic, the new sole director, believes this gives the Balkan event a unique responsibility in engaging with Ukraine.

“It has come from a very personal and concrete experience that we had back in the ’90s, when so many [Bosnian] people were refugees across Europe and the world,” says Marjanovic, speaking to Screen ahead of the festival opening tomorrow (Friday 12). “The opportunity to continue doing something that you know how to do, even when you’re a refugee or away from your country, is very important.”

Ways in which the festival is looking to provide that include opening its competitive sections, which have a regional focus, to include Ukrainian films. Those selected include Maryna Er Gorbach’s Sundance 2022 winner Klondike in the feature competition; and the world premiere of Marta Smerechynska’s documentary Diary Of A Bride Of Christ in the non-fiction competition.

The collaboration extends to the CineLink industry strand, with Ukrainian projects in the Work In Progress, Docu Rough Cut Boutique and Docu Talents From The East selections, plus multiple CineLink Talks that will consider the ongoing war’s effect on the industry. In the main festival, a retrospective of the work of Ukrainian filmmaker and honorary awardee Sergei Loznitsa is one of the parts of the 2022 event of which Marjanovic is most proud.

The Russia question was less pertinent, as the country does not fall under the festival’s territory scope; there are no Russian features selected, with one new short – UK-Russian co-production Haulout, which focuses on environmental issues. “Regarding other Russian films, we would never show any propaganda film – before or now,” says Marjanovic. “There’s no room for that in Sarajevo. Films self-financed by Russian filmmakers, or made internationally – I really don’t see a problem.”

The festival’s 28th edition is Marjanovic’s first as sole director, but the changes are gradual rather than dramatic. He has been co-director alongside founder Mirsad Purivatra for the last two editions, and has worked at the festival since 1999; while Purivatra is still involved as president of the Obala Art Centar Association, the umbrella organisation behind the festival.

“We’re staying true to the core idea of the festival: to present the best of cinema to our audience on one hand; and on the other to be a relevant platform for the development of the film industry in the country and region,” says Marjanovic of any changes. “These two goals remain central to our mission. Everything else is just the form – how we get to this mission.” Pre-festival ticket sales suggest audience numbers will top 2019’s record figure. 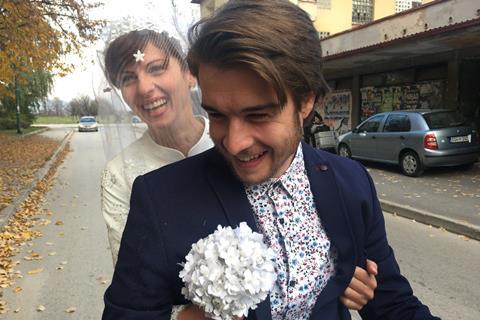 ‘A Ballad’, which plays in the Feature Competition

The festival is playing 51 films in its competitive sections, of which 21 are world premieres. Marjanovic is especially proud of how the event has helped develop TV production in the region, with six regional shows having world premieres of their first two episodes in the Avant Premiere strand, ahead of broadcast debuts in October and November. “It has been a great shift in terms of production volume and interest from the audience,” says the festival head.

Continuing its record of attracting high-profile international guests, the festival’s 2022 edition will welcome US luminaries Paul Schrader and Jesse Eisenberg, plus Michael Winterbottom, Ari Folman, Loznitsa, hometown heroine Jasmila Zbanic – and Mads Mikkelsen, who could not accept his 2020 honorary award due to the pandemic but will be there in-person this year.

“It’s a question of how to fit each other’s schedules,” says Marjanovic of the calibre of Sarajevo’s honorary recipients. “It’s always easier when people have heard good things about the festival. Sometimes it works out, sometimes it doesn’t; this was a good year in that sense.”

The festival will open with the regional premiere of Palme d’Or winner Triangle Of Sadness. Director Ruben Ostlund is another 2022 Heart of Sarajevo awardee, having headed the competition jury in 2019 and played all of his previous films at the festival. “It’s a great event film,” says Marjanovic of the selection. “You don’t get to see many films like that every year, that can work across audiences and crossover to the larger mainstream audience.” The Obala Art Centar is the Bosnia and Herzegovina distributor on the title, which it will release later this year.

Marjanovic and Purivatra have associate producer credits on Triangle Of Sadness; while the former says the festival is his “priority”, further producing is “a big part” of his plans, with a slate of projects he will support and produce “in the next couple of years.”

Purivatra headed the festival for 27 years; Marjanovic laughs when asked if he plans for a similar tenure. “I’ve been part of this festival also for over 20 years – it’s been a part of my life for so long,” he says. “The main thing is to keep developing the festival; to have young people come in, to ensure the longevity of the festival through always having young colleagues who come up through the ranks and take over when necessary.”